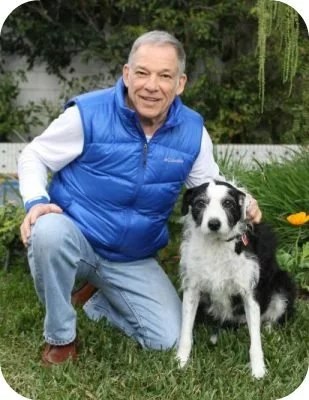 from the University of Leicester in 1975. Dr. Polsky was mentored by Prof. Waldek Sluckin during his studies at Leicester (1970-1975).

Subsequently, Dr. Polsky spent two years (1974-1976) as a research associate in animal behavior at the University of Birmingham in England, where he worked closely with primatologist, Prof. Michael Chance.

Immediately thereafter, he served as a post-doctoral fellow in the Brain Research Institute at UCLA.  At UCLA, he engaged in full-time research in animal behavior for 6 years (1976-1981). He worked closely with the late sociobiologist, Prof. Michael McGuire.

Dr. Polsky is the author of many peer-reviewed publications.  His most recent writings discuss the inherently dangerous nature of attack-trained police canines.

Dr. Polsky phased-out a career in academics after 11 years and moved to the private sector as an applied animal behaviorist.  He was one of the first with a Ph.D. to open a clinical practice in the United States.  His office opened in Santa Monica, California in 1981.  At that time he limited his work to dogs.  He expanded the practice to include cats in 1984.  Thereafter, he moved his office to the Rancho Park section of Los Angeles, where he has remained ever since.

Dr. Polsky has helped thousands of dog and cats owners solve a wide variety of behavioral problems. In 1985, he started his Head Start Puppy Training Classes. He taught these classes without interruption for 25 consecutive years. The dog training classes functioned to train owners to train their puppies with scientifically proven techniques. Dr. Polsky has counseled owners and their canines and cats on over 10,000 occasions.  As a dog expert witness, Dr. Polsky has evaluated hundreds of canines in accordance with the criteria set forth by the American Kennel Club’s CGC testing program.

Dr. Polsky is certified through the International Association of Animal Behavior Consultants.

Dr. Polsky has a strong interest in keeping abreast of the current scientific literature for the purpose of applying this knowledge in dog bite litigation as an dog expert witness.  Dr. Polsky lives in Los Angeles with his human family and two trustworthy and loyal canines: a border terrier, Layla, and a terrier mix, Mojo.