Provocation by the plaintiff is a viable defenses to counter laws regarding liability for injury caused by a dog bite.   Surprisingly,  appellate law is sparse in 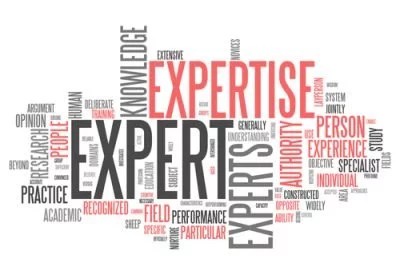 defining what provocation means. Therefore, expert opinion from an animal behavior expert about dog bite provocation is needed for interpretation and  to assist the trier-of-fact in determining whether provocation by the plaintiff happened in any given instance.

Counsel for the defense  should always question whether provocation was the impetus behind an attack by a dog in a lawsuit that invokes the dog-bite statute.  Willfully invited injury because of a provocative act by the plaintiff is one of the strongest defenses to counter liability. In California and Arizona, for example, if provocation can be established, a plaintiff’s recovery may be reduced in proportion to his or her contributory fault. What constitutes provocation, is often unclear, however. It is here where expert opinion from a dog bite expert can be effectively used by an attorney. A dog bite expert can opine about the kinds of situations which might be provocative to a dog, given the temperament of the dog and the circumstances
under which the injury happened.

Very generally, whether provocation occurred in any given instance depends on whether the action of the plaintiff directed to the dog could have foreseeably could have elicited an aggressive response from the dog. Certain questions need answering before concluding whether the dog’s aggression was a foreseeable event given the plaintiff’s behavior. I will list these questions below. The relative weight given to each question in determining whether provocation occurred will vary from case-to-case.

(a) What did the plaintiff do to the dog?

What were the exact actions of the plaintiff toward the dog the moment the incident occurred? The behavior of the plaintiff hours or minutes prior to the incident also needs to be assessed. Was the dog’s reaction something one would have expected given its temperament, breed characteristics, or past experience? Did the dog overreact in response to the plaintiff’s actions? Often the motivational basis of a dog’s aggression is one of dominance, fear, predation, or protection. It other cases, pain may be involved. Animal behaviorists know that pain can immediately trigger be conditioned to previously neutral features in the dog’s environment, such as a person, thereby causing the dog to respond with aggression for no apparent reason.

Other common gestures or acts that could easily elicit an aggressive reaction from a dog include quickly invading the dog’s personal space, kicking or bumping into the dog, intentionally thwarting an ongoing activity in which the dog is engaged, and even an apparently innocuous act like petting or kissing a dog. Not all dogs react in a similar fashion. Therefore, the merits of arguing provocation will vary from case to case.

(b) What was the dog’s temperament?

One needs to assess the temperament of the dog. Tremendous differences exist between dogs in terms of the likelihood of reacting with aggression as a result of a supposedly provocative act. Some dogs have a hair-trigger response while others do not. Individual differences might be due to genetic differences between breeds, internal changes caused by medical problems, the use of medications, or differing past experience. Whether an act can be construed as provocation therefore depends, in part, on the history of the dog and its hereditary make-up. Generally, the argument for provocation is stronger if the dog in question does not have a history of behaving behaving aggressively in a given context and belongs to a breed not known for its aggressive tendencies (e.g., Golden retrievers, Labrador retrievers).

(c) In what context did the incident occur?

The context in which the incident happened needs to be assessed. For example, many dogs are more likely to respond with aggression when they are in their own territory. Certain kinds of aggression in a dog may be enhanced if the dog is habitually chained, if it is in the presence the presence of the owner or if it is forced into a situation which it doesn’t like (e.g., examining room in a veterinary hospital).of other dogs.

In sum, from a behavioral perspective, different criteria need to be assessed before conclusions are drawn about dog bite provocation. The totality of the circumstances always need to be fully taking into account. These include the nature of the plaintiff’s act towards the dog, the dog’s behavioral history and temperament, and the socio-environmental context in which the incident happened. In general, the plaintiff’s actions have to be of the kind that would cause a dog to experience pain, become threatened, frustrated, irritated or frightened. These factors interact with each other and must be assessed on a case-by-case basis in order to determine whether a dog’s reaction to the plaintiff’s actions was foreseeable and predictable.  Other sections of this website contain more information about dog bite provocation.