A Florida Power & Light Company meter reader, mauled by four pit bulls in 2003, reached settlement in the amount of $1 million. Settlement was reached approximately a year after the lawsuit was filed 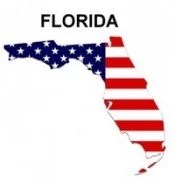 The incident happened when four pit bulls jumped the fence surrounded the property and attacked the 20-year-old  meter reader. The plaintiff sustained severe dog bite injury to her head,  she lost an ear, and part of her scalp was ripped off during the attack.

The principal defendants in the case  were property owner and the property management company.  The owner of the dog was judgment proof.

This case is one of many examples the marked danger meter readers face in the field.  Most utility companies  supposedly provide their field workers  adequate and satisfactory instruction in terms of how to  avoid being attacked by a dog, but effectiveness of dog bite avoidance training is is questionable.  Meter readers, postal mail carriers, UPS drivers,  and other home delivery people who enter the grounds of a private residence, must take proactive action to avoid situations in which an encounter is likely with an aggressive dog.   Various techniques that might work in some situations include pepper spray, and an umbrella that opens quickly, which may cause some aggressive dogs to become fearful and retreat. However, after an incident begins to unfold it is difficult to take evasive action to avoid being attacked because the actions of the dog happened so quickly.

In dog bite cases where actions brought against the property owner, the burden falls on the plaintiff to prove actual knowledge on part of the property owner. And this most effectively is accomplished not by arguing solely about the dangerous propensities of the breed in question, but rather by pointing to specific instances of aggression towards people, or other dogs which conclusively demonstrates a dog’s dangerous propensities in specific contexts.

It is important to consider the totality of evidence in any particular dog bite case. Also it is important to note that a dog’s aggressive actions towards another dog in a specific context does not necessarily mean it has tendencies to bite or display aggression towards humans in dissimilar contexts. Each dog is unique, but nevertheless governed by principles of animal behavior science.  Also note that Appellate law in California makes it very clear that the breed of the dog in itself is not sufficient to establish actual knowledge on the part of a landlord or property owner (i.e. Lundy v. California Realty).