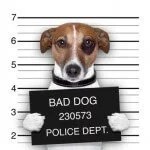 legal right to take whatever action they deem appropriate to protect the public from dangerous dogs.  In order to do this, a “dangerous dog hearing” may be conducted. During this hearing, a designated hearing officer evaluates relevant evidence for the purpose of making a decision regarding the fate of the dog. Broadly speaking, the dog may be returned to the owner if it is deemed not dangerous, or the hearing officer may revoke the license of the dog, which effectively disallows the owner from keeping the dog in the jurisdiction where the owner lives. In other cases, certain restrictions might be imposed on the owner and dog.

I have been called to testify on behalf of dog owners before Los Angeles animal control on many occasions.  Previously in the late 1980s, I was the animal behaviorist retained and paid by Los Angeles animal control to help the initial group of hearing officers establish criteria and assessment procedures for the evaluation of potentially dangerous dogs.  Below, I state what I have learned in the last 30 years about how Los Angeles Animal Control deals with dogs who might be deemed “potentially” dangerous.

If a dog is brought to the attention of animal control, because of the dog’s supposed violation of the law, then the animal control agency may call for a dangerous dog hearing.  Different factors trigger the need for a hearing. For example, a hearing is usually conducted if the dog has allegedly attacked a person or another dog on more the one occasion, or if the dog has inflicted serious dog bite injury to a person or another animal.

During a dangerous dog hearing, the job of the hearing officer is to gather information from the owners about their version of events, and those versions from people who have complained about the dog.  In addition, witnesses familiar with the dog’s past behavior may be allowed to testify. Often there are “good dog witnesses” and “bad dog witnesses”, similar to how evidence was presented in the well-publicized San Francisco dog mauling.

The purpose of the hearing is to determine if the dog’s return to the community would pose a danger to public safety. In many instances, evaluation is made not only about the dog but also about the environment in which the dog will be placed, and also about the owner’s attitude and sense of responsibility.

Usually, a single hearing officer conducts a dangerous dog hearing. The fate of the dog therefore usually rests in the hands of this person. Unfortunately, in my experience, I have found some hearing officers to be arrogant, biased, argumentative, cutting witness testimony off, and ignorant of basic principles of animal behavior. Owners need to be prepared to deal with the occasionally incompetent hearing officer.  This may be difficult because the hearing officer is the one in charge. They like to exercise their authority. On the other hand, I have come across hearing officers who have been fair, balanced, impartial, and with a fundamental understanding of the basics of dog behavior.

Dangerous dog hearings are important to municipalities because the municipality may be legally responsible if they know about the presence of a dangerous dog in the community and failed to take appropriate action. Decisions, therefore, are often biased in favor of community safety, even if the discovery gathered is equivocal in nature. Hence going into the hearing, the odds may be against the dog owner, particularly if the hearing officer feels the owner has acted irresponsibly, or if the dog in question is large and muscular and has attacked a person in an unprovoked manner on more than one occasion. Owners with pit bulls are probably at a disadvantage because of the public pressure put on animal control to curtail the number of serious dog bite attacks by these kinds of dog.

Owners understandably often become alarmed when they learn that their dog will be subject to a dangerous dog hearing. Many believe that if the hearing decision goes against them they might lose a beloved family member. Others are also concerned that if the outcome is unfavorable, then this might be used against them in a civil lawsuit. Also, people with complaints against the dog may already have filed a civil action against the dog owner before the hearing, hoping that they can use the findings from the hearing to strengthen their lawsuit.

Finally, at a Los Angeles dangerous dog hearing, the hearing officer is obligated to carefully follow California Civil Code 3342.  This code states that “Whenever a dog has bitten a human being on at least two separate occasions, action can be brought against an owner in court, and after a hearing the court may make any order it deems appropriate to prevent the recurrence of such an incident, including, but not limited to, the removal of the animal from the area or its destruction if necessary.” California Food and Agriculture code section 31602 defines a potentially dangerous dog as “Any dog which, when unprovoked, on two separate occasions within the prior 36-month period, engages in any behavior that requires a defensive action by any person to prevent bodily injury when the person and the dog are off the property of the owner or keeper of the dog.”

Strategies for owners at a Los Angeles dangerous dog hearing

An owner may benefit if they have an attorney to represent them at the hearing. Having legal counsel at a dangerous dog hearing serves as a safeguard against a biased hearing officer who comes into the hearing with a predetermined agenda to find the dog dangerous by nature.  Further, an attorney can question dubious procedures that might take place during the hearing. This is particularly true if the dangerous dog hearing is held before a judge in Superior Court.  On the other hand, in part because of the expense, an owner may forestall the retainment of the attorney if and when an appeal becomes necessary.   Further, having an attorney present at the hearing to present your case may off-putting to some hearing officers.  The bottom line: if you can present your case in a clear and well-organized manner, then having an attorney to represent you at the initial hearing probably will not add much to your case.

2. Owners should obtain the opinions of an animal behaviorist

3. Owners need to obtain as many “good dog witnesses” as possible, and preferably have them testify as witnesses

Owners of accused dogs need to find as many “good dog witnesses” as possible to testify in favor of the dog. Letters addressed to animal control can also be used and presented to the hearing officer.

4. Owners must be prepared to battle animal control and not accept unjust decisions

If the owner believes the facts presented by the opposition against their dog are either exaggerated or not true, and if an unfavorable decision is made against their dog, then they must appeal the decision, This could lead to a protracted battle with animal control. In my experience, an owner will prevail, at least in terms of not having the dog destroyed, if they have the dedication and finances to battle animal control. Generally speaking, animal control agencies are underfunded and understaffed, and hearing officers are often overworked.

Take the example of a well-publicized case in Los Angeles involving a pit bull mix dog named Stu.  Stu languished in quarantine on death row for over four years while his owner battled the city of Los Angeles city animal control to save Stu’s life. The victim of Stu’s attack ( Stu had never attacked a person prior to this incident) was severely bitten when she tried to put a collar around Stu’s recently damaged ear.  It likely that the victim provoked this dog to bite because of the pain he was experiencing in his ear.  It was the victim’s foolish decision to try to place a collar around Stu’s neck for the purpose of taking him for a walk. Nevertheless, the city of Los Angeles wanted Stu destroyed, probably in part because the general manager of animal control took a dislike to Stu’s owner because of his relentless and vigorous defense to save the life of his dog.

Stu’s owner serves as a model for other dog owners because he indefatigably defended his dog to the hilt, causing animal control more problems and negative publicity than they wanted. Stu’s life was saved in the end, but at the expense of Stu’s health and the finances of his owner.  This story is not so much about the misguided an inhumane actions of Los Angeles City Animal Services, but also about the compassion this man for his dog.  It should also be noted that the general manager of Los Angeles Animal Services who battled with Stu’s owner, was forced to resign from his position shortly after this case was resolved. It appears that the negative publicity garnered from this case, and this gentleman’s handling of the case cost him his job with Los Angeles Animal Services

Some of the strategies owners might take in defense of their dog have been outlined above. In sum, the best way to meet the challenges of vindicating their dog is through legal representation, expert testimony from an animal behaviorist, gathering good dog witnesses, presenting well-documented evidence supporting their arguments, and their willingness to battle animal control if this becomes necessary. Those who are committed to adopting this strategy at a Los Angeles dangerous dog hearing stand the best chance of winning their case or at least minimizing the negative actions against their dog.