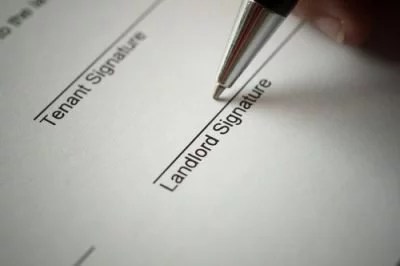 In landlord dog bite cases involving tenants with dangerous dogs an important issue deals with the following: establishing that the landlord had actual knowledge that the subject dog created a dangerous condition on his property and the landlord was in the position to rectify this danger. (Ucello v. Laudenslayer (1975) 44 Cal. App. 3d 504, 507).

It may be difficult to prove that the landlord had actual knowledge about the danger the dog presented prior to the incident in question, however. First, the landlord may deny ever being aware of the presence of a dog on the property, and if he acknowledges the presence of dogs he may not know their individual identities. Simply establishing that the landlord knew dogs were present probably will not suffice. Instead, as mentioned below, he must know about the presence of the specific dog that caused injury to the plaintiff. Second, if the landlord acknowledges of the presence of a dog on the property, it is unlikely that he will acknowledge that the dog ever displayed dangerous-like behavior in his presence (i.e. one way to establish actual prior knowledge). Third, discovery must indicate a truly aggressive nature about the dog prior to the incident in question. Simply establishing that the dog barked, escaped from the property on previous occasions, or jumped-up against fence will not suffice to infer that prior dangerous tendencies existed.

Ucello v. Laudenslayer was an early California dog bite appellate decision which addressed the liability of landlords as it pertains to tenants who keep dogs on rented residential property The appellate court ruled in favor of the plaintiff by reversing summary judgement granted by the trial court on the basis of circumstantial evidence presented in the case. The court concluded that circumstantial evidence can be used to infer the landlord’s knowledge about the dangerous propensities in the dog and that when a landlord has knowledge that a dangerous animal is being kept on the landlord’s leased premises, the landlord owes a third party a duty of care, so long has the landlord has the right to prevent the dangerous animal from being on the premises.

The next significant ruling in California was in the matter of Donchin v. Guerrero (1995) 34 Cal. App.4th 1832). The main thrust of the case was the disingenuous testimony of the landlord which in the court’s opinion was sufficient to infer a consciousness of guilt about the dog’s dangerous nature.

The issue landlord liability on residential leased property was again revisited in the decision of Yuzon v. Collins (116 Cal.App.4th 149, 10 Cal. Rptr. 3d 18, 2004). In this ruling the appellate court affirmed summary judgment given by the trial court because a lack of sufficient circumstantial evidence existed to raise a triable issue of fact regarding the landlord’s actual prior knowledge about the dog’s dangerous propensities. The dog in question was an adult male pit bull who mauled a neighborhood child in the backyard of the defendant’s property. The child was an invited guest who had come to play with the children of the dog owner.

The Yuzon decision was clearly one for the defense. However plaintiff attorneys can benefit from this decision if they recognize its factual shortcomings. These included: (1) The landlord only occasionally visited his rental property; (2) The dog was not on display (the dog was kept inside) for the landlord to observe during the time his visits were made; (3) The landlord did not have knowledge of the presence on his property of the specific dog in question; (4) Lack of circumstantial evidence suggesting that the dog which attacked the plaintiff had prior vicious tendencies; (5) Lack of warnings given to the landlord about the potential dangerous nature of the dog.

Expert opinion from an animal behaviorist can bolster the belief that actual prior knowledge by a landlord existed through the presence of circumstantial evidence. Circumstantial evidence such as the breed, sex and reproductive status of the dog, history of previous aggression displays, and how the dog was maintained by the owner can be used in drawing conclusions about the consistency and frequency of aggressive displays. Animal behavior science dictates that dog aggression is usually consistent in nature in certain contexts (for example dogs territory) and displays of aggression would therefore happen on a consistent basis. Thus if the landlord visited the property on some occasions, more likely than not he or she would have noticed the dogs aggressive nature, thereby giving the landlord notice that a dangerous condition existed because of the presence of the dog. The inference of actual knowledge using animal behavior science in this manner is therefore inferred from circumstantial evidence, and is not based on speculation or conjecture.