Dog bite attorneys need to collect as much relevant information as possible about the behavior of the defendant’s dog, 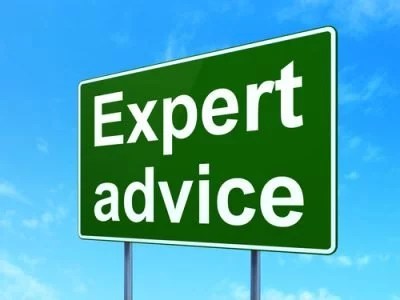 both prior to and when the incident occurred. This is very important in cases where liability is contested. An attorney’s failure to collect meaningful animal behavior evidence may compromise the outcome of the case. Information needs to be gathered from various sources, which include the dog bite victim, the owners of the dog, people who knew the dog and possibly through direct behavioral examination of the dog. Certain steps should be followed:

Step 1: Identify the dog that bit the plaintiff

In order to ensure blame is placed on the correct dog, information about its physical features, such as its breed, age, sex, size and coat color, must be collected. In addition, any unique or unusual features, should also be noted. Information should be collected regarding the physical appearance of the dog at the time the incident occurred. This is important because the dog may not look the same at a later date. In addition, it is important to collect registration papers and rabies documentation, as this information may help establish ownership of the dog. Information about a dog’s identity is obviously important if uncertainty exists about which dog bit the plaintiff. Blaming the wrong dog for the incident can happen. For example, the victim claims the insured’s dog inflicted the bite when in fact it was a stray.

Step 2: Inspect the location where the dog was kept and where the incident happened

Records about previous bites are usually kept by animal control. A record of the dog’s past conduct may be on file for reasons other than a dog bite. For example, complaints about the dog’s excessive barking or running loose in the neighborhood can prove useful. Another source of information may come from dangerous dog hearings conducted by animal control. Veterinary hospital records may indicate the need for muzzling, treatment for previous injury or the medications the dog was taking at the time of the incident. Statements made to the police immediately following the incident may be inconsistent with later deposition testimony.

Step 4: Gather testimony from people who knew the dog

Knowledge about the dog’s dangerous propensities can be collected from other sources as well. It is helpful to gather information from relevant people about the dog’s temperament, previous training experiences and how the dog behaved in contexts similar to the situation in which the incident occurred. Find out if the dog ever displayed behavior similar in kind to that which injured the plaintiff. The owner of the dog should be asked about the dog’s past training and socialization, its experience with children and about previous instances of aggressive behavior in the dog. Testimony or statements from other individuals familiar with the dog (housekeeper, groomer, veternarian, trainer, neighbors, delivery people, meter readers, mail carriers, friends who visited the owner) might also be of value. Those who knew the dog need to be asked about how the dog behaved when they encountered it or if they ever witnessed the dog acting aggressively.

Step 5: Conduct a behavioral examination of the dog

The purpose of a behavioral examination is to ascertain whether or not the dog is capable of displaying aggressive behavior similar to that which was reported in the incident in question. If an examination is done, it is desirable to reconstruct the incident as closely as possible. If the circumstances prevent reconstruction because of practical concerns or because the dog is too dangerous, then the dog’s reactions to other kinds of procedures can be used to evaluate the dog’s behavioral propensities. A behavioral examination is important when the plaintiff and defense maintain different versions of how the incident happened. The need for a behavioral evaluation varies from case to case. If the dog is alive and its whereabouts known, then in most instances valuable information that has bearing on liability issues can be obtained.

The bottom line: Gather information about the behavior of the dog from as many sources as possible. Behavioral information can be used to answer questions about the foreseeability of the incident and what the owner and others knew or should have known about the dog’s temperament and behavioral propensities prior to the incident in question.