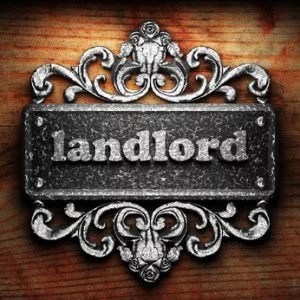 person attacked by that dog. This standard has been revisited several times in recent California appellate rulings, and  the latest appellate rulings  reaffirms this standard.  These decisions make these kind of  personal injurycases difficult for plaintiff attorneys.  In  these kinds of  dog bite cases cases, a summary judgment motion is usually filed by the defense.

Nonetheless, in one recent dog bite case involving a defendant-landlord which advanced as far as trial in Los Angeles Superior Court in January 2010, the plaintiff won the case using arguments based on premises liability.

The fact pattern was as follows:

A postal carrier who was knocked down by a mixed German Shepherd who broke loose through a gate from the subject property in 2006. The postal carrier had been delivering mail to the subject property for many years, and was aware of the presence of this dog, and he testified he did his best to the dog.  However, on the day of the incident, the dog broke through the gate and aggressively leaped at the postal carrier, who protected himself by placing his satchel between himself and the dog. The plaintiff was not bitten, but broke his wrist in the fall. Total meds were $24,000 and loss of earnings were $16,000.

The $20,000 settlement offer by the insurance company was rejected by the plaintiff.  At trial, premises liability was argued based on the makeshift manner in which the gate containing the dog was maintained. Evidence was presented showing that the landlord knew about the defective gate, but did not make any attempt to repair it. The landlord denied knowing about the presence of the dog.  The jury may have found this difficult to believe because  of the length of time the dog lived on his property,  the length of time in which the landlord owned the property, and evidence that showed that he, or his office staff, knew that the dog needed to be put away when workmen came to the property.

Animal behavior testimony from Richard Polsky, PhD, described the nature of protective, territorial aggressive responding in many (but not all) German Shepherd dogs, the consistency of this kind of aggressive behavioral pattern, and how these dogs are often used for protection. Other factors that may have aided the plaintiff’s case was the fact that the owner of the dog, who also resided on the property, was likewise the manager of the apartment complex).  Moreover, the area where the dog was maintained was highly visible in that it was located in the front of the property and adjacent to the sidewalk.

The above-mentioned facts, all based on circumstantial evidence, were incongruent with the the defendant’s testimony.  This  lessened the credibility of the main defense argument; namely, the landlord had no actual knowledge of the presence of the dog on his property.

The jury believed that the dog was aggressive by nature, and the gate was defective. The jury apportioned 12% fault to the insolvent dog owner, 88% fault to the property owner, and awarded $982,000 to the plaintiff.