As result of strong protest from animal rights organizations, the airline ban against certain breeds, initiated by American Airlines in 2002, 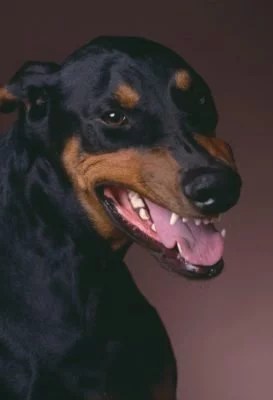 Currently, American Airlines now requires holding cages for dogs, regardless of breed, to meet certain specified requirements, particularly in terms of the strength of the latch that holds the front door of the cage closed. Currently, through 2013, other airline carriers in the United States have restrictions in place against the transportation of certain breeds, particularly pit bull type dogs.  Passengers need to check with the specific airlines to determine policy with regard to breed restrictions.

The impetus behind the policy of banning pitbull type dogs from being transported in the cargo section of airplanes change came about as result of chewing damage caused by a pit bull after it escaped from its cage in the cargo area on a July, 2002 flight from San Diego to New York. According to airline officials, after the plane landed, ground crews discovered the pit bull running loose in the cargo area, and found destruction to the cargo hold door, a hole chewed in the bulkhead, and a garden size electrical cable chewed through. During the flight, the back up the radio and some navigational equipment stopped working, and subsequently the plane was put out of commission for repairs for nine days.

At the time that the incident, it was widely believed that the problem was created by the kind of crate the dog was placed in, and not the temperamental qualities of the dog itself. Many humane organizations protested the initial decision of American Airlines,, and rather banning dogs based on breed characteristics, American Airlines was urged to reconsider the kind of cage dogs need to be transported in, and subsequently new regulations were put into place taking this factor into consideration.