An elderly lady was awarded $1.26 million by jury in 2002 as a result of being mauled on her left foot by an Akita at a dog show in Melbourne Florida. Dr. Polsky served as the Akita dog bite expert in this case. 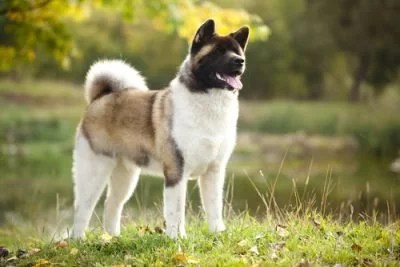 Akitas are a large size dog weighing upwards to 120 lbs. They were originally developed for boar hunting in Japan. The Shib Inu, also indigenous to Japan, is a close relative. Akitas have not been implicated in many fatal dog attacks.

Summary of the incident

The incident happened when the plaintiff attempted to walk past the dog who was being held on a slack leash by a dog trainer (also named as a defendant in the case). She passed about 3 ft. from the dog. The Akita lunged grabbed and latched onto the plaintiff’s left foot  and would not let go until forcibly pulled away by the trainer and others who were nearby. Dr. Polsky opined that the plaintiff did not provoke the Akita to bite her.

The Akita was adopted by the owner, one of the defendants in the case from a rescue organization, a co-defendant along with the other co-defendant, the dog trainer who was handling the dog at the time of the incident.

Plaintiff produced compelling evidence indicating that the Akita had a previous history of attacking people and that the owner knew about the dog’s past aggressive behavior. Evidence was gathered from email correspondence between the owner and rescue organization establishing that the owner must have known about prior aggressive tendencies in the dog, and that this Akita had bitten five other people previous to the incident in question. And what is of particular interest is that discovery also revealed that this Akita had a fetish and fixation for attacking feet!

The victim underwent five surgeries. Her repeated surgeries eventually reduced the length of her left leg by about 3 inches.

The right combination of factors were present which justified the plaintiff’s award. Namely, injuries to the plaintiff were serious, and discovery revealed that the dog owner and the co-defendants knew or should have known about the Akita’s past aggressive tendencies and the dog’s penchant for attacking feet. In this case, the email correspondence between the defendants was particularly damaging. Throughout the litigation, the dog owner denied knowing much about the dog’s dangerous nature, and this denial probably was not believed by the jury.

In cases similar to this, expert testimony from an Akita behavioral specialist often helps to establish the likelihood that an incident like this would happen in a given set of circumstances, the negligence of the defendant, and the inherently dangerous nature of some Akita dogs.

Richard Polsky, Ph.D. has worked Akita owners on numerous occasions regarding behavioral and training problems in this  breed. He has been retained by Florida attorneys on over a dozen occasions for expert opinion. He welcomes inquiries from Florida dog bite attorneys handling personal injury caused by dogs.