Assumption of risk is a defense against liability that may be used been in personal injury dog bite lawsuits in California and Arizona and in other states that are “strict liability” states. In essence, assumption of risk means that the victim had foreknowledge that dog bite injury could be

inflicted if the choice were made to interact with a dog under certain circumstances.

Various scenarios arise in which logic dictates that a layperson may assume the risk of being bitten during interaction with the dog. For example, a man chooses to enter to the territory of a dog who was earlier barking and growling at the fence line. Another example would be the good Samaritan who comes to the aid of an injured dog that had just been struck by an automobile. The dog is in pain and the person attempts to move the dog to the side of the road, but is bitten in the process.  Another example arises when an owner is walking a dog on leash in a residential area, and a dog in a nearby house escapes from the property and commences to attack the owner’s dog.  The owner tries to separate the dogs, but is bitten in the process. Generally, from an animal behavior perspective, in certain circumstances it would be risky for a layperson to interact with certain dogs.  Generally these are dogs who are acting aggressively or who have the potential to respond with aggression.  However, the conditions under which a layperson assumes the risk of being bitten are not as clearly defined as they are for people in certain occupations (i.e. the “Fireman’s rule”).  The latter includes veterinarians, dog trainers, groomers, kennel operators, and possibly pet sitters.  I have discussed the issue of assumption of risk as it applies to a dog bite attack on a pet sitter in Wisconsin.

Certain factors determine whether a person acted reasonably in choosing to interact with the dog knowing that they could be bitten. For example, obviously one factor is the behavior of the dog just prior to the start of the interaction, particularly if the dog were showing clear signs of aggressive behavior. Another factor would be the kind of dog. Logic dictates that in certain circumstances, one assumes a greater risk of being bitten severely by choosing to interact with an unfamiliar 60 lb. pit bull versus a 4 lb Pomeranian. Another factor is the relationship a person had with the dog and the knowledge that person had of the dog’s past aggressive tendencies. For example, if a visitor to a house somewhat familiar with a dog knew that the dog had earlier attacked people, then logic would dictate that the person should be cautious around the dog.

In dog bite lawsuits, whether the plaintiff assumed the risk of being bitten has to be evaluated according to the fact pattern of the case.  From an animal behavior perspective, certain facts are important to consider. For example, the dog’s motivational state, the medical condition of the dog, the setting in which the interaction occurred, the type of dog, and the prior knowledge about the dog and the relationship the person had with the dog.

Absent from this fact pattern, is the idea of morality.  That is, did the dog bite victim exercise reasonable moral judgment in choosing to interact with the dog. For example, the good Samaritan who attempts to help an injured dog, or the owner who tries to stop an attack on their beloved dog by another dog who just escaped from a nearby property. 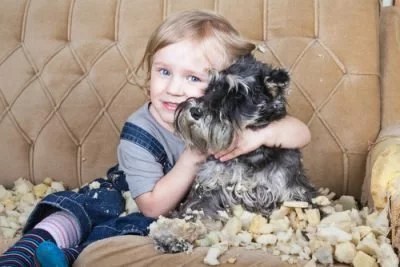 The moral decision-making of the dog bite victim is rarely discussed in dog bite lawsuits.  This is surprising given the strong attachment people have for their dogs.  An owner’s dog may not be their biological kin, but surely a dog is an owner’s psychological kin, and this has become increasingly recognized in family law.

Recent research illustrates this point profoundly. Richard Topolski, a professor at George Regents University published a study in the June 2000 issue of Anthrozoos entitled “Choosing Between the Emotional Dog and the Rational Pal: A Moral Dilemma with a Tail” (Anthrozoos, 2013, volume 26, Issue 2, 253-263).

In this study, 573 participants were put into a hypothetical situation were they were forced to choose between saving the life of a person versus saving the life of a dog. The people in the study varied in the degree of connection they had with the participant, and were several types: a foreign tourist, hometown stranger, distant cousin, best friend, grandparent, or a sibling. The dog was either their own pet or someone else’s pet.

The results showed that up to 46% of the respondents elected to save the life of their own pet instead of someone less connected with them, such as a foreign tourist or hometown stranger.  A secondary finding was that women more than men acted in this manner. The authors concluded that this finding suggests that males and females may differ in “the structure of their moral reasoning.”

Thus, it understandable why  a person may choose to intervene when they sensed their beloved dog, or maybe an unfamiliar dog, life was in peril. Science tells us that the victim acted in a morally reasonable manner.  Despite this finding the law in most states, including California, does not consider the morality of the dog bite victim’s actions when issues of assumption of risk are raised.  Hence,  this is not an animal behavior issue.   Rather, it is an issue that can only be decided by the trier of fact in terms of how much weight the issue of morality be given in mitigating assumption of risk in dog bite cases.