Research in animal behavior by PhD trained animal behaviorists studying dog behavior have demonstrated the reliability and consistency of aggressive like behaviorof dogs in specified contexts.  For example, in one study, researchers found relatively high consistency in a dog’s aggressive reactions (both offensive and defensive in kind) to the approach of a friendly and threatening person using a test-retest protocol. (Vas, J. et.al. Consistency of dogs’ reactions to threatening cues 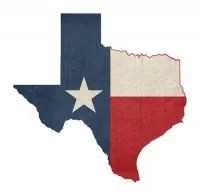 of an unfamiliar person.  Applied Animal Behaviour Science, 2008 112(3-4), 331–344.). These results suggest that the consistency of  aggressive reactivity to an unfamiliar person in a territorial situation is a personality trait with a strong evolutionary basis in the domestic dog.

Using this perspective, the results may also partially explain why a two-year-old, American Staffordshire Terrier mix fatally attacked  83-year-old , Petra Aguirre in San Antonio,Texas in March, 2014. This pit bull had a history of demonstrating aggressive behavior towards other strangers, and the dog lived in the adjacent yard to Aguirre. Hence, the consistency of aggressive aggressive behavioral responding to strangers, perhaps for territorial reasons, was likely a strong personality trait in this dog.

The incident happened when the dog crawled under the fence separating the victim’s yard from the yard in which he was kept. News reports indicate that Aguirre, was feeding her cats, but it is uncertain if the presence of the cats had anything to do with this fatal dog bite attack. Aguirre died about two weeks later in the hospital from bites inflicted to her head, arms and legs.

Dr. Polsky, is a PhD trained animal behaviorist.  He has served as an expert witness for both defense and plaintiff attorneys in Texas on many occasions.   His credentials include serving as the animal behavior expert for the defense in the well-known San Francisco dog mauling case.