Proving punitive damages in a dog bite cases requires a standard which specifies that the dog was managed or handled in a despicable or malicious manner.  Generally speaking, counsel for the plaintiff need to establish that: 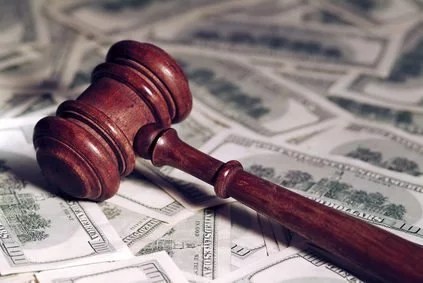 In California, there are few published appellate decisions which address the issue of punitive damages. In the absence of case law, compelling animal behavior evidence is needed to support  a claim for punitive damages.

Was the dog’s behavioral history sufficient to make the owner aware of the dog’s dangerous propensities? Was the attack on the plaintiff foreseeable? These questions are similar to those asked in run-of-the-mill dog bite negligence cases, but when a punitive damage claim is made the extent of danger the dog presented and the degree of negligence  are important facts to consider.

1. Discovery should be collected regarding the owner’s knowledge about breed propensities for the dog in question, and knowledge about previous aggressive episodes in the dog. Obtaining this information helps to support an argument that the owner acted recklessly, particularly if the incident in question arose because the dog was allowed to escape from the owner’s property. If previous escapes can be documented, then a behavioral perspective would focus on aspects of the containment system that should have been in place to prevent escape by a dog with dangerous propensities.

2. It would be helpful to show that prior to the incident in question, the dog attacked another person in a context similar to the incident in question, and that the attack happened for similar reasons. For example, an attack by a dog on a human during a veterinary examination is motivationally dissimilar to an attack for territorial reasons. Generally, from a behavioral perspective, the motivational aspects behind all attacks should be similar. The target of the attack and contextual features in which the attack happened should also be similar. For example, did the dog have a history of being unpredictable around children, or did the dog have a problem with people who approached, or people who entered its territory? Note that if the dog had previous propensities to attack other dogs or animals, case law usually indicates that this does not necessarily indicate that the dog will be aggressive towards humans.


3. An owner’s knowledge that certain breeds are inherently dangerous and more aggressive than other breeds is  useful information to have, but breed characteristics by themselves usually is not sufficient to support the belief that an individual dog was necessarily dangerous or vicious by nature.  Other kinds of behavioral evidence must   be used to justify  a claim for punitive damages

4. It may be difficult to obtain meaningful discovery that has bearing on the above issues: witnesses cannot be found or testimony from witnesses may be biased or not truthful. Moreover, one cannot fully rely on animal control reports because they usually do not provide enough detail to explain why an incident unfolded, or the motivation underlying the dog’s attack. Animal control and police reports from past incidents are useful, in that they may document a previous dog bite attack, and this adds weight to the belief that the owner probably knew about the dog possessing the potential for aggressive responding.

5.  Attorneys need to determine if information is available from from a dangerous dog hearing. Veterinary records may be useful in some cases. Direct behavioral inspection of a dog may be of questionable value with regard to the foreseeability for certain kinds of aggression in specified situations. Hence, discovery from this source needs to be evaluated on a case-by-case basis.

If the dog was dangerous by nature prior to the incident in question, then one might conclude that a greater standard of care was required to properly manage the dog. An animal behaviorist can clarify the standard of care that should have been in place consistent with the dog’s behavioral history. How should have the dog being maintained, and what measures should have been taken by the defendant to lessen the danger the dog presented to public safety? The trier of fact needs to decide the extent to which the defendant deviated from reasonable measures needed to maintain the dog, and expert opinion from an animal behaviorist might help in this regard.

Finally, from a behavioral perspective, there are a number of steps an owner can take to reduce a dog’s aggressive potential. None are foolproof, however. If the owner cannot control the dog, then the dog should be removed from the property, or euthanized. Various types of relatively escape-proof containment systems are available. Chaining a dog to a fixed location is inadvisable because it could actually engender further aggressive tendencies in some dogs . The owner should get the dog evaluated by a competent animal behaviorist, have dog examined by a veterinarian, have the dog properly trained, neutered, subjected to drug therapy, muzzled, canine tooth reduction, etc.  If the owner neglected to undertake these steps, then the claim for punitive damages may be strengthened.