60-year-old Archie Hillard was hospitalized as a result of a pit bull attack in Norwalk, Connecticut in August 2012. He 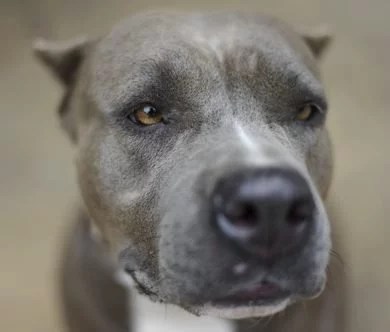 sustained dog bite injury to his left leg and arm, and according to news reports, his ankle was chewed to the bone. Police state that it took four officers with tasers to subdue the dog.

The incident happened when the owner was walking the dog, and it broke free and attacked Hillard. Supposedly, the dog had a history of previously attacking people.

Are pit bulls more dangerous than other breeds of dog?

If the extent of this man’s injuries is true, then it supports the belief that attacks by pit bull type dogs can lead to more serious injury when compared with attacks from other breeds of dog. This is noteworthy, because there are now reports in the medical literature, which support this contention.

Importantly note, however, that the above does not necessarily mean that pit bull type dogs are more likely to bite people when compared with other breeds of dog.

First, note that a “pit bull” is not a breed of dog. Rather, it is a descriptive term to indicate the physical appearance of a dog.  A dog’s physical appearance may not correspond to its genotype, and this is particularly true when it comes to mixed breed dogs.

Second, there are no reliable findings suggesting that pit bulls, relative to their numbers in the population. Pit bull type dogs can be found anywhere in abundance, and this type of dog makes up approximately 50% of the dogs in shelters in the United States. Hence, from a statistical point of view one would expect higher number of pit bulls inflicting dog bite injury on people, but still this is not the case. Many reports in the literature indicate that German shepherd dogs, relative to their overall numbers, are the ones most frequently biting people. Note that any large muscular dog can inflict serious injury if it attacks a person, however. The factor of temperament, and not breed, needs to be considered paramount in predicting the likelihood that a dog will bite a person.