Below, I summarize three California dog bites fatalities which happened in late 2015. There are common features in all three instances. Namely, pitbull 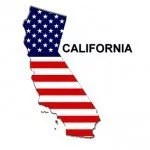 There were some significant differences, however. In the first instance, the dogs were long time pets of the victim and in one instance the dogs were stray and unknown to the victim. Previously I noted that stray dogs in Southern California, particularly in the Lancaster-Palmdale area pose a serious public health risk. I refer the reader to one of my earlier post which summarizes a study delineating animal behavior factors common to dog bite fatalities in the United States.

The incidences summarizing these California dog bite fatalities are as follows:

A 65-year-old man was brutally attacked and killed by two stray pit bull-mixes in the community of North Shore in Southern California. In this instance, a woman attempting to intervene was also attacked by the dogs. The victim was dead when police arrived while the dog was still attacking the woman, who had to be transported to the hospital with severe injuries. After the two dogs were captured by animal control, they were tranquilized after one of the dogs exhibited aggressive behavior toward authorities.

A 57-year-old woman in Gridley, California was found dead in her home. Her body was discovered by County deputies who came to her house to do a welfare check because she failed to report to work that day. Officers discovered the dead body, along with two adult pit bulls. Upon investigation, it was believed the owner was attacked after she attempted to intervene in a fight between the two dogs. The dogs, who were both long time pets of the victim, were 3 and 5-years-old, and neither was neutered.

The second instance occurred in Chula Vista to an 83-year-old woman. The victim was battling cancer, and it is uncertain if her compromise medical condition or perhaps the smell emanating, were factors prompting the dog to attack. When police arrived at the victim’s house, they found the victim dead in her backyard, with puncture wounds on her hands and feet. At the same time, the dog that attacked her, a boxer belonging to a neighbor, was inside the house fighting with the pet dog belonged to the victim. Apparently, the boxer head found the way into the victim’s backyard. According to her daughter, which as of this time is not been substantiated by medical examination, her mother died of a heart attack caused by trauma from attempting to break up the fight between the dogs.