The meaningful collection of forensic evidence is essential in dog bite litigation when the identity of the dog cannot be accurately determined. This could happen because the victim is unable to 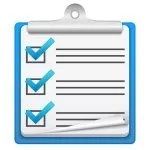 accurately identify the dog, or because the dog left the scene after the attack happened.

Identifying the dog involved in an incident also becomes problematic if the owners of the dog assert that their dog was not involved, as frequently happens in civil cases.  Moreover, in fatal dog attacks involving a pack of dogs, more often than not uncertainty exists about which dogs were involved, or if they were involved at all, in the incident.  For example,  in one the fatal dog attack in rural South Carolina which happened in the early morning, the prosecution charged the owner with manslaughter.  The defense argued that the defendant’s dogs were not involved because all three dogs were home sleeping at the time of the incident. The defendant was acquitted at trial

When uncertainty exists, certain information needs to be collected, if feasible, to rule out a suspect dog. This obviously assumes that the injuries to the victim were caused by a dog, and not by some other animal, or by some other means. Occasionally relevant forensic information may be ignored, for reasons which may stem from the fact that investigators are ignorant of what needs to be preserved or collected in a suspected dog bite case, or because an incident doesn’t come to the attention of authorities until well after the attack happened, hence information is lost. Nonetheless, in criminal cases, if the relevant forensic information is not collected, this might compromise the ability to prosecute a dog owner.

The collection of forensic evidence aims to connect or match evidence between the dog and victim. Evidence like this is non-circumstantial and differs from evidence such as an evaluation of the dog’s temperament and the likelihood that the dog would attack a human. Determining if a match exists between physical evidence is highly accurate through the application of DNA analysis. The interested reader should consult the publication of Bruner, et. al. for amplification of the techniques involved in this pursuit (Bruner, J. et. al. DNA profiling of trace evidence – mitigating evidence in a dog biting case. J. Forensic Science, 2001, 46, 1232-1234).