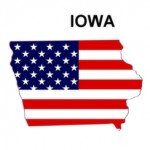 owner strictly liable for victim’s damages even in the absence of an owner’s knowledge about the dog’s dangerous propensities or in the absence of their negligence. Therefore, typical animal behavior issues such as provocation, foreseeability, dangerous propensities, and standard of care may not come into play as they often do when dog bite law dictates liability based on common-law theory.

However, there are differences between states in the amount or degree to which an animal behavior defenses can be used to mitigate strict liability. For example, in California, provocation by the plaintiff is frequently used to defend against the dog bite statute on the basis of comparative fault, whereas in Iowa, the defense of comparative fault does not exist. The only defenses available to defend against the Iowa dog bite statute are those of the dog was inflicted with rabies at the time of the incident or if the victim was engaged in unlawful act that directly contributed to the injury.  As such, liability is almost totally absolute. The provocative actions the victim may have directed to the dog or the knowledge an owner may have had about the dog’s dangerous propensities has no bearing on the law, at least according to the way the statue  is written.

Specifically, The Iowa statute reads in part as follows (Code 351.28)

“The owner of a dog shall be liable to an injured party for all damages done by the dog, when the dog is attacking or attempting to bite a person, except when the party damaged is doing an unlawful act, directly contributing to the injury”.

Despite the clear language in the statute the appellate court felt the need to revisit the issue in the case of Burt vs Miller (Iowa Court of Appeals, March 26, 2014).  The fact pattern in this case was as follows: A dog identified as a pit bull attacked and seriously cause injury to the leg of a 11-year-old boy resulting in over $54,000 in medical expense. The boy was hospitalized for 16 days.

At the time of the incident the defendant-dog owner was not home, however.  Only the boy’s father was present. Moreover, the incident happened a day after same pit bull supposedly nipped at the boy in the defendant’s house. Plaintiff sued alleging negligence by defendant because he could not control his dog, his knowledge that pit bulls were dangerous by nature, and because the dog had nipped at the boy the day before. The District Court awarded the plaintiff $125,655 in damages.

The defendant appealed on the basis the plaintiff shared some degree of responsibility for the incident. Specifically, defense argued that the defendant was not present at the time of the incident. This in turn should have placed some degree of responsibility on the father (presumably for poor supervision knowing that a pit bull dog was present). The defense also argued that there was no proof that the dog had bitten the child prior to the incident.

The appellate court affirmed the District Court’s decision noting that contributory negligence cannot be used as a defense under the Iowa dog bite statute. Thus, the fact that the defendant lacked knowledge about his pit bull’s dangerous nature, or that defendant dog owner was not present at the time of the incident, had no bearing on liability.  In essence, this ruling affirms near absolute liability for owners under the Iowa dog bite statute.