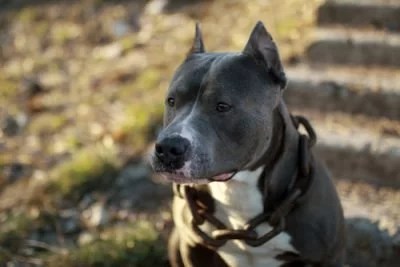 by this kind of dog onto people are often severe, and occasionally fatal.

In this post, I described a severe attack on the 25 y.o. plumber who was visiting a plumbing supply yard on business. After he entered the premises, he approached an employee who was feeding the company’s pit bull. he stopped approximately 2 feet from the dog and immediately thereafter, the pit bull growled and then attacked the plaintiff in a sustained fashion causing severe injuries to his legs.  The attack was difficult to stop.

In this pit bull dog bite attack case, Dr.Polsky was retained to render opinion regarding: (1) The probability of an incident like this happening given the the breed of dog in question, the past history of the dog, and the circumstances surrounding the attack, and (2) whether the plaintiff’s actions were provocative to the pit bull.

Dr. Polsky testified at trial in this pit bull dog bite attack case and the outcome was favorable for the plaintiff.

The fact pattern in this case is very similar to the fact patterns in other dog bite attack cases involving people.  That is, the victim sustaining severe injury after being attacked by the dog and the dog’s territory.

Generally, in states with strict liability laws for dog bites, these cases are difficult to defend unless it can be established that the plaintiff’s actions were provocative to the dog. In contrast, in those states where common-law applies to dog bite liability, the burden is on the plaintiff plaintiff to show that the dog owner had knowledge of the dangerous nature of the pit bull in question, and that the incident was foreseeable given the circumstances present at the time of the incident.

Moreover, it is not uncommon for the plaintiff to argue that the incident was foreseeable based solely on the breed characteristics of this type of dog. However, the defense may successfully challenge this argument because not all pit bull type dogs are necessarily dangerous by nature, particularly if the dog in question has no documented history of aggressive behavior towards people.