For the most part, dog bite epidemiological statistics are remarkably similar 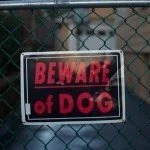 between Western countries, such as United States Canada Australia, England, and Belgium. A large literature has been amassed in last 25 years, and basic findings have repeatedly shown that most dog bite victims are children, boys rather than girls, most incidences occur during warm weather, most victims are familiar with the dog, and children and the elderly, are killed more frequently than individuals in other age groups.

The most recent comprehensive study on dog epidemiology in the United States discovered that the dog bite frequency rate across all age groups has stabilized over the last 10 years. Estimates indicate that about 4.5 million people are bitten annually in the United States by dogs, and this finding is held for about the last 20 years. Approximately 8% of these injuries can be classified as being “severe”, based the need for hospitalization or surgical intervention.

Recent data from England shows a different story, however. Surprisingly, there was a 76% increase in hospitalization due to dog bite injury for the periods between March 2014 and February 2015 when compared with similar data collected a decade earlier. Children under nine where the most frequent victims. 7227 victims were hospitalized and this contrasts with 4110 hospitalizations in 2004-2005.Children under the age of nine accounted for 1159 cases, and boys were more frequently hospitalized than girls.

These recent findings bring into question the value of breed-specific legislation, and particularly England’s Dangerous Dog Act. This law, enacted about 25 years ago, prohibits so-called dangerous breed such as pit bulls and certain mastiff type dogs. Nonetheless, the frequency of severe dog bite injuries has not decreased, as lawmakers assume they would. In England, harsh penalties are attached when a person owns a prohibited dog that seriously injures or kills a person. The maximum sentence imposed upon a person who owns a prohibited breed that kills a person is 14 years, and a person can be jailed for up to five years if the outlawed dog seriously injures a person.

England’s Dangerous Dog Act, and breed-specific legislation in other Western countries, including BSL in the United States, has been vigorously questioned by opponents who argue that the “deed” did not the “breed” needs to be considered. Animal behavior experts unanimously agree that the keys to reducing severe dog attacks on people are fostered by responsible pet ownership in the form of education, proper management, and early socialization and training. Read more about dog bite prevention elsewhere on this website.