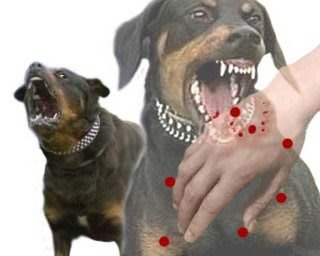 April 2011 and May 2012. During this 12 month span, 6130 people required hospitalization compared with 6450 people in 2010-2011. Nearly 20% of the dog bite victims were children under age of 10.  Fifty percent of children under 10 years of age admitted to hospital required plastic surgery.

These dog bite hospital admission statistics came forth from report authored by the United Kingdom Health and Social Care Information Center. The Daily Telegraph, a British newspaper, speculated that the rise in so-called “status dogs” trained for fighting by teenage gangs were a principal cause for this increase.

Richard Milner, M.D. president of the British Association of plastic, reconstructive and aesthetic surgeons noted that serious injuries from pit bull type dogs were unusual, and that any dog which gets hold of the area of the body, such as the face or arm, can inflict serious wounds if they repeatedly shake and bite the victim. This latter observation by Dr. Milner conflicts with recent data from the United States suggesting that pit bull type dogs inflict the most serious dog bite injuries.