In the United States, dog bite injury happens more frequently to children when compared with 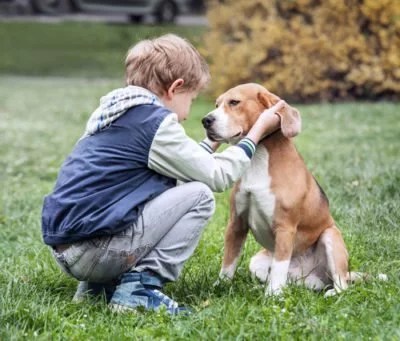 other age groups of people. This basic finding has been widely reported in the animal behavior and epidemiological literature. Moreover, results from dog bite investigation in European countries, and in Canada and in Australia, show that when compared with other segments of the population, children disproportionately are the victims of dog bite attack.

Experts believe there are several reasons for this high rate, some of which include: (a) the often unpredictable and erratic movement in children that may stimulate predatory aggressive tendencies in dogs; (b) lack of sufficient education about the danger of dogs; (c) poor parental supervision; (d) a child’s inability to understand the communicative signals a dog displays when it’s aggressive tendencies are engendered.

Another significant factor contributing to the high rate of dog bite injury to children may be the parental status and gender of a dog owner. These factors were explored in a study entitled “Effects of Gender and Parental Status on Knowledge and Attitudes of Dog Owners Regarding Dog Aggression Toward Children,” published in Journal of the American Veterinary Medical Association in 2008.

The study addressed the question: How does gender and parental status of dog owners affect knowledge and attitude associated with dog aggression directed toward children? The study used a questionnaire that consisted of 37 statements about dog behavior and safety practices for interactions between dogs and children, and was distributed between January and April 2007 to dog owners whose pets were examined in the animal behavior clinic at the University of Pennsylvania Veterinary Hospital. In total, 804 respondents indicated whether they agreed or disagreed with each statement, including 421 (52%) parents and 598 (74%) women.

Generally, the results of this study indicate that awareness of the risks of dog bite injury is limited, and owners need further education about on topics such as canine body language and resource-guarding in dogs.