I am the Director for an Animal Control Shelter. I am by no means an  expert on behavior, but I have had extensive training. I would like your 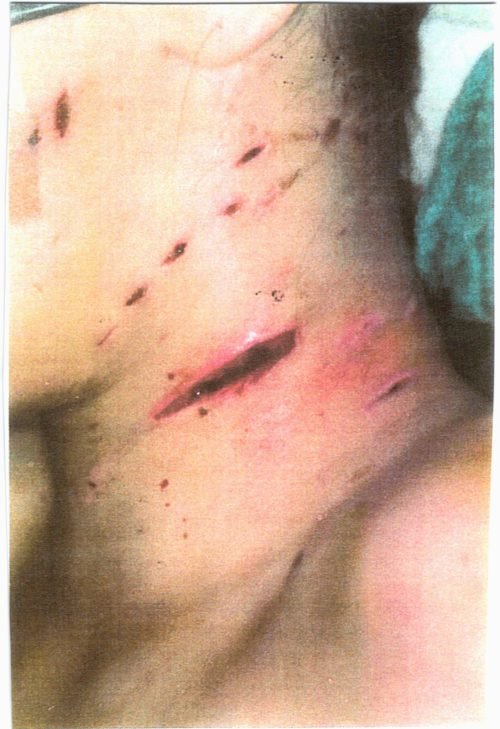 opinion (would not be used in litigation as there is none)….If a dog attacks the back of a person’s head in the area of a person’s neck with no provocation, should that be a concern for future behavior? I know when dogs want to kill they go for the neck or the stomach. Could this ever be considered normal behavior? Any information you can give me would be appreciated.

Certainly any attack by a large dog – a dog that is capable of inflicting serious damage, particularly a dog bite to the neck – if it is done without provocation, this needs to be taken seriously. It really does not matter where the attack is directed to on the person’s body, although obviously an attack to the head, face or neck region of an adult human can do more damage in most cases than an attack to the chest or legs of a person.

You should also note that at present there is no scientific validity to the belief that dogs have a natural inclination or innate propensity to bite at the neck area of a person during an aggressive episode. Nonetheless, this I have seen this belief opined by dog trainers and veterinarians in several cases. On the other hand, I believe that if a highly motivated aggressive dog is large enough to access the head area (the most biologically meaning part of a person’s body from the perspective of a dog) of a standing person, and if the circumstances are correct, a dog may intentionally direct its bite to this region of a person’s body (but not necessiarly the neck). If a person has fallen or is knocked over during the attack then the dog’s access to the head area easily happens, and the chances of the dog biting the neck increase substantially.