Ten-month-old James Hudson was killed in his home by the family dog on September 9 , 2012 in Hertford, North 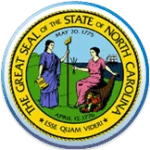 Carolina. The victim’s grandmother was babysitting this child, and happened to be in the same room with other children when the attack happened.  The grandfather was in another part of the house and heard commotion.  The grandmother attempted to stop the attack and was bitten in this attempt. She told news reporters that she did not know why the dog attacked the child, The dog, a mixed pit bull named Cooper, was found as a stray and adopted by the child’s parents, and he had been living in the household for about two years prior to the incident. Reports also indicate that this dog had previously attacked another older child in the family, and a neighbor claims to have witnessed numerous acts of aggression by this dog.