The city council of Malden, Massachusetts approved a measure to require pit bull-type dogs to wear muzzles in public the vote was 7-4 in favor of the regulation, which makes the law in this town 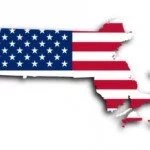 similiar to laws in other municipalities in Massachusetts, including Boston. This decision follows three years of debate, and advocates supporting the regulation point to statistics which suggests that only 6.7% of dogs are responsible for about 33% of all dog bites.  Animal behavior experts were present who questioned the regulation, including, Dr. Amy Marder, an outspoken opponent of breed specific legislation, stated that “a leash will prevent dog bites as well as a muzzle”. Marder also stated “If the leash laws were enforced, there would be a very good chance of reducing dog bites.”

Under the ordinance, registered pit bulls wouldn’t have to wear a muzzle, while dogs obtained or brought into the city after May 1 would have to wear the device on public streets or when not secured behind a fence on private property.Council member John Matheson, an advocate of the regulation stated”What we want to do is get everyone with a pit bull registered.We have a transient population. We have apartment complexes, and people who come in and stay for a few months and leave. If you’re a responsible owner in Malden, this ordinance won’t effect you.”