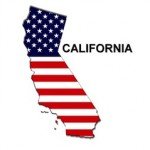 period between July 1, 2011 to June 30, 2012, as reported to the county’s Department of animal services showed the that there were a total of 2921 reported human related dog bites. Breakdown by breed were as follows: 640 attribute to unknown breeds, 399 to pit bull type dogs, 196 to Labrador retriever type dogs, and 172 to Chihuahuas.

In evaluating the statistics it must be remembered that not all dog bites are reported, and that the breed identified involved in the attack may be mistaken. Nevertheless, the proportion bites inflicted by a pit bull type dogs (13.5%) appears to be consistent with the total number of these type the dogs in the overall population.  Pit bull attacks more likely to be reported when compared with dog bite attacks by Chihuahuas or other  breeds, therefore the overall numbers involving pit bull type dogs may in actuality be lower than the reported 13.5%. (Source: scoopsandiego.com/news).