Q. In general, do dogs that are tethered have more biting incidents than  dogs that are in a pen? Some cities are now putting in place 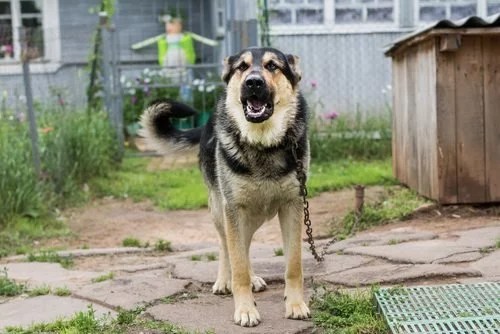 ordinances that ban residents from tethering their dogs. One of their arguments for this is public safety, but I have not found any stats on biting incidents that state whether or not the dog was penned up or tethered. One can assume then that most of these incidents happen when dogs are running loose, but with your experience, I was interested in your thoughts.

A. Findings in the dog bite literature show an association between a dog being tethered and dog bite attack on a person, particularly a child who unwittingly approaches the tethered dog. This is been known for some time, and has prompted some states, for example California, to restrict the amount of time a dog can be continuously kept on a tether. Many humane societies have cogently argued against this practice for ethical reasons as well.

You are correct in many dog attacks on people happen because the dog manages to escape from the property of its owner, but I am aware of no statistical data that compares tethering vs. confinement in a pen with dog attacks on people. If you closely examine the data from some dog bite studies, this data is usually combined and presented as the dog being “confined”, and no separation of the data is made in terms of whether the dog was penned or actually tethered at the time of dog bite attack. Statistically, I believe that you will find relatively few incidences happen when a person enters the pen of the dog, although this was reported in 2010 fatality to an elderly man in Missouri, and there was another incident in Uxbridge,Canada in 2006 in which an 11-year-old girl was mauled by a group of French mastiffs shortly after she entered their pen. People who enter the pen and attacked are probably familiar with the dog, and may have felt that it was safe to enter the pen. In contrast, unfamiliar people are probably the ones more frequently attacked when the dog is tethered.