A well-publicized dog bite case that went to trial in May, 2006 foundRockland Mayor, George Magnuson, liable for damages in an incident in which his dog seriously mauled his neighbor. 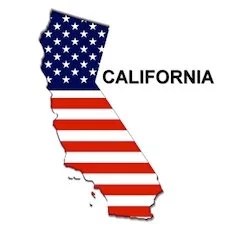 After 10 hours of deliberations, the jury determined Magnuson and his wife Kathleen were responsible for the October 2004 attack on 76-year-old Adele Whitney by a dog owned by the couple’s daughter 28-year-old Shannon.

Whitney suffered bites to the head, left eye, arms and legs in the attack. According to the plaintiff, Cory, a large Doberman Pincher-Labrador mix, attacked her after Cory and another dog had been chained and caged in the home’s backyard for more than a week in hot weather.

Whitney said the attack happened when Shannon Magnuson allowed the dogs out of their cages to play in the sprinklers in the home’s front yard. As she approached the house to offer Magnuson a tarp to cover the dogs’ cage, Cory attacked, Whitney said. Whitney said. “I was scared for my life.”

According to Whitney, Cory had escaped the Magnuson’s’ yard several times and had behaved aggressively towards other neighbors a week before the attack.

The defense maintained that there was a lack of sufficient evidence to suggest that his daughter’s dog was vicious or dangerous prior to the incident with the plaintiff.