An inmate at a prison in Columbus, Ohio lost part of this nose after being attacked by a dog brought into the prison for 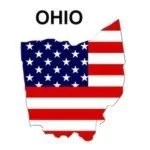 the purposes of inmate rehabilitation. The incident happened on April 18, 2013.  News reports indicated that the prisoner was playing handball, and he tripped and fell on the dog, which likely prompted the attack.  The dog obtained from the shelter was brought on the prison grounds as part of a program where inmates train rescue dogs to become future pets, according to the the Ohio Department of Rehabilitation and Correction. Following the incident, the inmate was placed in a prison medical unit at The Ohio State University, and the dog was returned to the shelter.