Neither myself nor other animal behavior specialists with advanced academic training in animal behavior are big fans of the Dog Whisperer, Cesar Milan. And Milan, despite his total lack of credentials, catapulted to the top 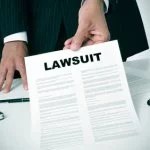 of the dog world over a decade ago, and since then he has remained a popular television personality. Too many dog trainers, he is their guru. On the other hand, many qualified animal behaviorists and veterinarians eschew his philosophy which dictates that “dominance” and strong leadership are the keys to successful dog training and behavioral problem-solving. However, It is likely that Milan’s philosophy has backfired at times causing owners to be attacked by their own dogs.

One such case in point is a California lady who has brought legal action against Milan for releasing a pit bull to her who she claims was dangerous. The victim sustained serious injury in the form of fractured bones and deep lacerations causing permanent nerve damage as a result of the September 2014 incident.

The fact pattern which led to the lawsuit was as follows. The dog was in training at Milan’s facility in Los Angeles, the Dog Psychology Center. After spending some time there, the pit bull was released to the plaintiff, and the plaintiff brought the dog to her home in Santa Clarita, California. This is where the incident occurred. The plaintiffs claim for negligence is based on her belief that the incident happened because the dog was released prematurely before being fully rehabilitated. Malan’s defense alleges that plaintiff insisted that that the dog be released to her despite advice to the contrary. Initially the pit bull was impounded in Texas because of its dangerous nature, and subsequently Milan agreed to take custody of the dog and bring it to his Los Angeles facility for rehabilitation. Malan has promoted himself as an expert in the rehabilitation of aggressive dogs.

Is uncertain if this matter has been resolved. There is a good chance that it has because of the negative publicity it would bring Milan and his immensely popular television show. In another case which settled out of court in 2006, Milan was sued by television producer because of the damages Milan allegedly caused his dog as a result of being suffocated by a choke chain and being forced to run on the treadmill for “rehabilitation”purposes.