Below are portions from the story written by Jeff Burlew that appeared in the Tallahassee Democrat in December 2020.  Mr. Berlew interviewed Dr. Polsky about the incident. Dr. Polsky’s remarks appear below. 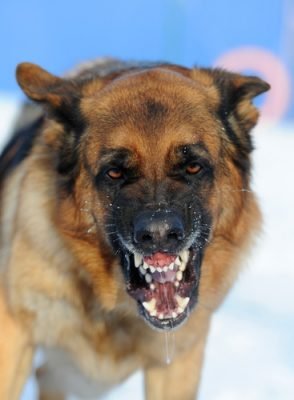 ‘A nightmare’: Jackson County man killed in dog attack was a ‘beloved grandfather’

Donald Ray Allen Sr. had no idea when he set out on foot from a friend’s house in rural Jackson County that his life was about to come to an unbelievably tragic and horrifying end.

Gifted with his hands — he worked in construction his whole life — Allen, 65, helped someone with their roof earlier in the day, his family members said. He met up with a friend at a store and caught a ride to their house for a social visit.

But at some point in the night he decided to leave. With no car, phone or wallet with him, he walked in darkness along Kirkland Road, an isolated dirt road surrounded by farmland and woods in the small community of Bascom. He was miles from the safety of his home.

Early the morning of Nov. 18, as he made his way down the road, Allen was attacked by dogs and mauled to death. His demise sent shockwaves through the community and left his large family in mourning and searching for answers.

The Jackson County Sheriff’s Office got a call a little before 8 a.m. that day of a man lying just off the dirt road. Investigators said the investigation and autopsy indicate he was attacked and killed by a pack of stray dogs roaming the area.

During a news conference Nov. 19, Sheriff Lou Roberts said domesticated dogs, not coyotes or other wild animals, were responsible for the attack. Multiple traps have been placed in the area, and the Houston County, Alabama, Sheriff’s Office is flying drones at night to try to find the dogs.

“Fatal dog attacks are rare in the United States — estimates suggest between 20 and 50 people are killed each year. When packs of dogs attack in rural areas, it typically involves a lone victim and animals on the hunt,” said Richard Polsky, a Los Angeles-based expert on animal behavior and dog bites.

“I suspect the dogs probably were hungry and treated the victim as a prey object and took advantage of this man who couldn’t fight back and was mauled to death,” Polsky said. “Dog packs running loose and unsupervised in rural areas is very common,” he said. “And when you get a single individual who encounters these dogs by happenstance, it’s an extremely dangerous situation.”