Sufficient evidence has been amassed to suggest that police canines deployed in the field by their handlers may be unpredictable and problematic at times.  Evidence which supports this belief is reviewed elsewhere on this website.  For example, particularly significant is unprovoked attacks by police canines on innocent bystanders. 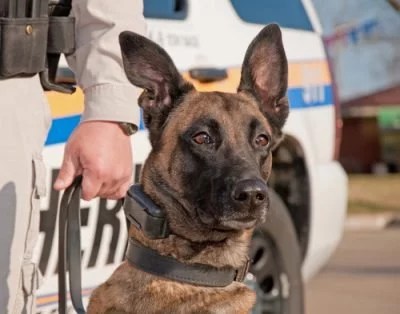 Another incident indicating the unpredictable nature of some police canines happened in August 2014 in Ventor, New Jersey. Ventor is a small town near Atlantic City in southern New Jersey.  In this case, a Belgian malinois, named Niko, attacked its handler, a female police officer, while she was feeding Niko in her home. Police canines usually live with their handlers, and handlers are responsible for their care and welfare.  Niko was purchased untrained by the city of Ventor for a reported $6800. Subsequently, the dog was probably trained and certified by its handler, a female officer in her mid-30s.

According to news reports, the incident happened when the officer was attempting to feed the dog. For reasons which are not clear, the dog supposedly, according to police, became distracted and attacked the handler, who probably was nearby the dog.  The handler distracted the dog using a toy to stop the attack and managed to get the dog back in its cage. She then summoned help from a neighbor. She suffered severe injury to her legs which required emergency surgery.

The explanation the police department gave that the dog became “distracted”, thus prompting it to attack, makes little sense from a motivational perspective.  If, for example, the dog perceived an unexpected distracting stimulus in the environment, for instance the sound of the doorbell ringing, then this should have caused the dog to orientate and attend to the stimulus, rather than attack the handler.  It is unusual for a dog to become distracted and then direct aggressive behavior towards a human, particularly a human with whom it is very familiar.  I believe there are other reasons for the bases of this attack which are not being fully disclosed by the police or the handler.  This incident buttresses the belief of the unpredictability of police canines not only when they are deployed in the field, but as this incident shows also when they are off duty in the home of their handlers.