The accuracy of using the physical features of a dog to identify the breeds comprising a mixed breed dog with unknown parentage has come under scrutiny in recent years. 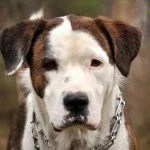 Until recently there was no other alternative other than visual inspection of physical characteristics as a means to identify the breeds comprising a mixed breed dog with unknown parentage. Advancements in the science of dog genetics has change matters remarkably, however.  In many cases, DNA analysis can now be undertaken to approximate with a fair degree of accuracy the breeds comprising a mixed breed dog.

For example, in a recent study DNA analysis was used in a study in California by animal behavior experts at the Western University Health Sciences, College of Veterinary Medicine in Pomona, California.  Investigators gathered data by using (1) DNA analysis from blood samples drawn from each dog in the study and (2) information collected from questionnaires completed by experienced canine professionals regarding their opinions as to the breeds comprising the mixed breed dogs in the study.  In general, the aim of the study was to to confirm suspicions that accurate identification of the breeds comprising a mixed breed dog may be problematic when breed identification is solely based through visual examination of the physical features of the dog (Voith,V, R. Trevejo, S. Dowling-Guyer, C. Chadik, A. Marder, V. Johnson and K. Irizarry. Comparison of visual and DNA breed identification of dogs and inter-observer reliability. American Journal Sociological Research, 2013, 3, 17-29).

The overall aim of the study study sought to determine if a dog’s breed as determined by its DNA corresponded with the breed the dog as determined through visual examination done by professionals familiar with dogs. The secondary purpose  was to see if there was any agreement between the professionals themselves. In other words, was there agreement between the professionals with regard to the breed composition of the mixed breed dogs based on their visual examination of physical features?

Twenty mixed breed dogs of unknown parentage were the subjects of the study.  Dogs were obtained from a shelter rescue organization or animal control facility and assigned to one of four weight groups: those weighing less than 20 lbs, dogs weighing between 21 to 40 lbs., dogs weighing between 41-60 lbs. and dogs over 60 lbs. There were 5 dogs in each group.

Blood was drawn from all dogs.  Over 900 judges were asked their opinions about the breeds composing each dog based on their visual impressions.  All judges were experienced dog people.  Judges were shown a one minute color video clip of each dog and were then asked to identify the breeds most prominent in the dog.  Questions the judges were asked were: “Do you think this dog is a purebred. If yes, what breed you think it is? If not, what do you think are the first and second most common breeds?  For the purpose of analysis, these responses were matched against results from the DNA analysis.  DNA analysis dichotomized breeds into a major breed or minor breed based on the relative percentage of the breed represented in the dog.

Results showed low agreement between the breeds comprising a dog identified through DNA analysis with the breeds identified by judges through their visual inspection. There was also low-level agreement among judges regarding the breed composition of a dog.  For example, more than 50% of the judges identified breeds that differed from DNA analysis in 14 of the 20 dogs.  More than 50% of the judges could not agree amongst themselves about the breed of the dog in 13 of the 20 dogs. In fact, for 3 dogs the most prominent breed identified through visual inspection did not even appear in the DNA results.

The authors note that people have their own perceptual biases in terms of the physical features they attend to in making breed identification through visual means. Hence, subjectivity and the judgment process.  This bias partially explains the relatively low agreement between judges.  And note that all judges were quite familiar with breed identification through visual means, nevertheless the error rate was high.

The study did not include dogs that physically resembled pit bull type dogs.  And this exclusion may have influenced the results. That is, mixed breed pit bull type dogs many which have a relatively unique head shape, may be easier to distinguish when compared with a mixed breed dog who has the shape of the head of a German Shepherd. Nonetheless, this is an important study. The results justify concerns about drawing conclusions about the breeds comprising a mixed breed dog (with unknown parentage) based on visual inspection of the dog’s physical appearance.