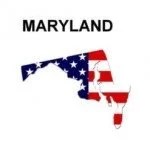 attacks on people in the United States. Further, dog bite statistics clearly  show that  people who are least able to defend themselves, such as the young or elderly, are usually the victims of fatal dog attack.

In November in Baltimore City, Maryland,  in November 2013,  a pit bull took the life of another relatively defenseless person – a 56-year-old lady confined to a wheelchair because of cerebral palsy.

The pit bull, described as being greatly loved by the victim and cared for by the victim since he was a puppy, was a four-year-old male, named Boosie. Family members report that the victim was extremely attached to the dog.  She  treated the dog as if it was her child, and she allowed Boosie to sleep in the bed with her.  On the other hand, a neighbor said that the dog looked vicious.

Discovery revealed that Boosie had seriously attacked the victim, causing significant injury, on two previous occasions.  Animal control had knowledge about these attacks,  and quarantined the dog, but then returned Boosie to the owner despite the objections from family members.

From an animal behavior perspective, it remains uncertain as to the motivation underlying Boosie’s attack on this lady. Details concerning the circumstances surrounding the incident are lacking.  Nevertheless, it’s likely that the victim played socially subservient role to the dog, probably deferring to the dog in many instances, in large part because of her limitations as a result of being confined to a wheelchair.  At the time of the attack,  the victim was probably in her wheelchair, possibly moving in it, and she may have inadvertently hit the dog while he was sleeping or resting. This caused him to startle and attack. At the time of this attack the victim was not alone: an adult male  companion was present, but he could not stop the attack, and he was unsuccessful at reviving the victim with CPR.