Four-year-old, Brayton Carson, reported missing by his mother in the early evening on September 06, 2012, was found dead several hours later in high grass about 90 feet from his home. Carson was found by a search team in Seminol 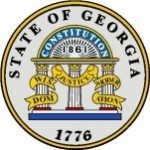 County, located in southwest Georgia. He was found mauled and the case appeared to be a dog bite fatality.

When the search began it was uncertain if the boy had wandered off or if he was abducted.  Examination of the boy’s body revealed injury consistent with dog bite wounds and bruising. The coroner officially ruled the fatality happened as a result of blunt force from dog bites.  According to the boy’s aunt, the child wandered outside during a 10 min. window when his mother was taking a shower. The dog or dogs responsible for the incident have not been identified as of this posting.