Animal behavior experts know that some dogs will guard their food bowl, and that many dog bite incidences 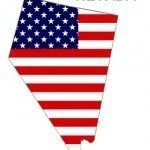 have happened when a child or toddler approaches a dog while it is eating.  In canine behavioral science, this type of aggression has traditionally been categorized as “possessive” aggression.  From a non-technical perspective, the dog “guards” the food bowl.  In addition, possessive aggressive tendencies in dogs often generalized to other coveted objects, such as bones or a favorite toy.

In the cases I have been involved in as an expert the typical scenario is as follows: the child, usually unsupervised, positions himself proximate to the dog who is eating, the dog may growl, and then the attack happens quickly with a single bite to the face.

A  deviation from this fact pattern happened in Nevada in November, 2008 when a pit bull type dog fatally attacked a two-year-old.  The incident happened when the dog’s food bowl was being brought into the room where  the dog usually ate. According to news reports, a grandmother was taking care of the toddler. The grandmother entered the room with the food bowl in her hand,  with the toddler following right behind her.  The dog attacked the child before the grandmother had the chance to place the bowl on the ground.

In this instance, it’s likely that the dog’s possessive aggressive tendencies manifested themselves in a rather unusual fashion given that the dog had not yet gained possession of the food bowl. The dog was not guarding his food bowl when the attack happened. Possessive aggression in dogs usually happens when the dog senses control over the object to be protected, but there are exceptions as the above mentioned example illustrates.