Dog bite prevention week  occurs annually in the United States in the month of May. State Farm insurance company actively is involved in promoting this week, 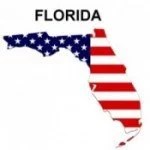 probably in part because  the amount of money it costs State Farm to settle these kind of claims. Recently State Farm released dog bite statistics for 2012  for Florida and the statistics show that the company paid more than $7 million in dog bite claims to victims in 2012. According to State Farm, Florida ranked eighth in the nation for payouts for claims.