Georgia dog bite fatality victim, Rebecca Carey, described as a person with  an extreme devotion to animals, may have been killed by some of the rescue dogs she took into her 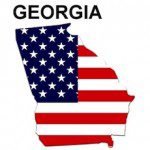 home. At the time of her death, there were five dogs present, two pit bull type dogs, two Presas (a Spanish mastiff, the kind of dogs involved in the San Francisco dog mauling) and one pit bull boxer mix. Uncertainty exists about which of the five dogs inflicted the fatal dog bite wounds, and the circumstances surrounding the incident remain unclear, since she was alone with the dogs. Her friend discovered her body after Carey failed to arrive for work at an animal clinic in DeKalb on/ about August 19, 2012.

The victim was described as a person very experienced with aggressive dogs. Speculation was that some of the dogs may have started fighting, she intervened to try to stop the fight, and when this happened the dogs attacked her.  From an animal behavior perspective, this possibility exists. However, note that some of the five dogs she was not that familiar with, and one of these dogs may have attacked her for reasons that are not clear.

Animal control elected euthanize all five dogs despite not knowing which dogs were involved. Director of DeKalb animal control, Timothy Medlin, justified the killing of all five dogs by saying public safety is his first concerned, and that he would not want to another person put it risk.  In the opinion of this writer, this was disgraceful and unthoughtful action;  Surely, not all the dogs were involved in the attack, and those dogs not involved should not have been killed.  Further investigation of this tragic event should have been undertaken before deciding to take the lives of all five dogs!