My son was recently bitten by a Great dane on his face and head at a local pet friendly store in Appleton, WI. The incident happened as follows:

My husband, 17-month-old son, and myself were waiting in line at Pet Supplies Plus. My son and I walked over to pet a leashed Great dane that was surrounded by his owner and other adults petting him. 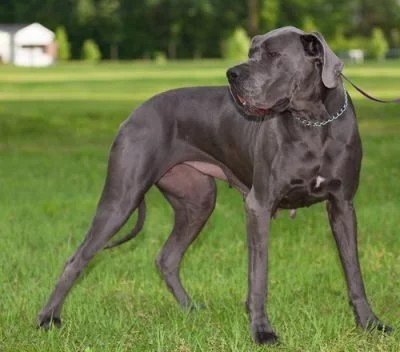 After the initial greeting, tried to take dog snacks off the shelf, at which point the dog was told “no” by his owner. My son laughed and the dog turned towards my son and lunged at him. When I saw the dog open his mouth, I immediately pulled my son away from the dog. I thought the dog had missed or only grazed my son, but when I turned my son toward me, he was bleeding from a gash above his hairline. After my son laughed, there was a few seconds during which dog looked at my son. I believe that during that delay, my son looked up at the dog (maybe eye to eye contact) and may have extended his arm towards the dog. We proceeded to the ER and my son required 3 stitches and 10 days of antibiotics to prevent infection. He also has bruising on his cheek from the lower jaw.

The owner said the dog has never done this before and was up to date on his shots. The owner later reported to the police that the dog has never really been around kids. Also the dog was on medication for Wobblers disease/syndrome.

As a male Great dane, the dog was quite a bit larger than my son and towered over him. I do feel that Pet Supplies Plus has some responsibility in keeping their stores safe, even for their littlest customers. I would be interested in your thoughts on this matter.

I believe you are correct in that the pet store, and possibly the dog owner, should assume responsibility for your son’s injuries. Fortunately, the physical damages were not that great, but what is more concerning is the psychological damages which includes post-traumatic stress disorder.

This kind of incident in pet shops happens occasionally, and I believe that pet shops may be looking at their own business interests by trying to be a “pet friendly” establishment, and even enouraging owners to bring their dogs when shopping. This policy increases the risk for dog bites to the patrons in the store who encounter certain kinds of dogs which store personnel probably know little about.

I have had other dog bite cases like this, and usually the outcome is favorable in terms of compensation for victim and his family, but some rulings in New York casts some light on the liability of the pet store. Nevertheless, is likely that pet stores put their patrons at risk by allowing dogs into the shop without suitable screening procedures or restrictions, which potentially compromises the safety of their patrons. Given the fact that your son did not incite this dog to attack, It seems reasonable that the pet shop should assume some responsibility for the actions of this dog.