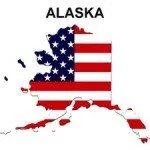 1991 to 2002, shows that Alaska led the nation in hospitalizations caused by dog related injury, and also in dog bite fatalities. During this period, nine people died as a result of being attacked by a canine and 288 were hospitalized for treatment. The interior of Alaska had the highest injury rate: 4.6 injuries per 100,000 people. This data, reported in the Fairbanks Daily News-Minor was derived from an Alaska dog bite fatality database maintained in Alaska, and from the Alaska Trauma Registry.

Statistics on bite fatalities from 2004 onwards suggests that Texas  followed by California our consistently the states with most fatal dog attacks.  Generally speaking fatalities resulting from dog attacks in Alaska are rare.

Richard Polsky, PhD is a California dog bite expert.  Dr. Polsky provides expert witness services to attorneys nationwide.   He has been retained by Alaska dog bite attorneys on about 5 occasions.