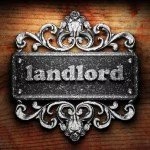 vicious propensity. This actual knowledge rule has been followed subsequently another California decisions (Lundy v. California Realty (1985) 170 Cal.Ap.p.3d 813 [216 Cal.Rptr. 575]; Portillo v. Aiassa (1994) 27 Cal.App.4th 1128 [32 Cal.Rptr.2d 755], and in many other states as well. One important premise attached to this rule of actual knowledge is that can be satisfied by circumstantial evidence. In other words, circumstantial evidence can be used to indicate that the landlord must have known about the the dog’s dangerous tendencies.

Given this, expert opinion from an animal behaviorist can bolster the belief that actual prior knowledge by a landlord existed through the presence of circumstantial evidence. Circumstantial evidence such as the breed, sex and reproductive status of the dog, history of previous aggression displays, and how the dog was maintained by the owner can be used in drawing conclusions about the consistency and frequency of aggressive displays. Animal behavior science dictates that dog aggression is usually consistent in nature in certain contexts (for example dog’s territory) and displays of aggression would therefore happen on a consistent basis.  Thus if the landlord visited the property on some occasions, more likely than not he or she would have noticed the dogs aggressive nature, thereby giving the landlord notice that a dangerous condition existed. The inference of actual knowledge is inferred from circumstantial evidence, and is not based on speculation or conjecture.