According to Farmers Insurance, members living in the same household are excluded from an insured’s liability coverage for dog bite injuries. A case in point is 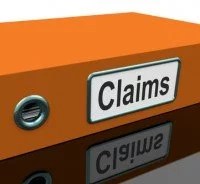 recent litigation filed by the father on behalf of his daughter in Illinois (Pluger v. Lindstrom) stemmingfrom a July 2009 dog bite incident. The daughter and her mother were residing for some period of time, according to news reports, at the insured’s home prior to the incident, and continued to reside there for approximately 2 weeks after the incident.

The mother, apparently separated from the father, was dating the son of the insured. The father of the daughter filed suit against the insured, but Farmers countersued on the basis that the insured’s homeowners policy excludes members of the same household from coverage. Farmers contends they have no obligation to defend their insured for this dog bite incident. The issue at question here is whether the victim was a guest or a resident of the household, and the law in Illinois pertaining to this, if it does exist, no doubt will be used in an attempt to resolve this matter.