A Labrador retriever escaped from its yard and attacked Caren Henry, walking her dog in Madrid, Iowa in April, 2013. A dog bite incident like this is 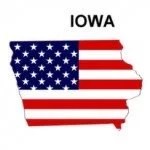 not in itself out of the ordinary, even in small towns like Madrid, Iowa. However, what was unusual about this particular incident was the manner in which the attack was stopped. Henry’s husband, nearby in his pickup truck, intervened shortly after the attack started and stopped the attack by biting the Labrador on its nose!

Man biting dog is a rather unconventional and, depending on the circumstances, possibly a dangerous means to stop a dog bite attack.  Nevertheless, the technique has successfully been used in other instances.  A person who chooses to stop a dog fight by biting the dog, risks being bitten by one of the dogs in the face, rather than some other part of the body.

The best way to stop a fight between two dogs depends on a number of factors such as the intensity of the fight, the kind of dogs involved, the size of the dogs, and other circumstances present. No one technique is applicable for all situations. The use of an electric shock collar is a technique that should never be used. Fast action is usually required soon after the fight begins in order to avoid serious dog bite injury to the dogs.  Some dogs, and not necessarily pit bull type dogs, will “lock” onto the other dog immediately after the attack begins, and when this happens it usually becomes very difficult to pull the dogs apart. Needless to say, when a human chooses to intervene in a dogfight, the risk of being bitten always exists.