Territorial aggression is a common behavioral trait displayed by many different types of dog breeds. 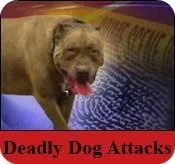 The reaction frequently takes the form of barking, growling, charging, snarling, lunging, biting, or a related aggressive action directed towards an unfamiliar person (or dog) who enters or comes near the area in which the dog habitually resides.  Most dog owners know if the dog they own possesses territorial aggressive tendencies.  And, for that matter, most owners and landlords know if a territory aggressive dog poses a danger to public safety.

There are two caveats when it comes to understanding territorial aggression in dogs, however.  First, there are tremendous individual differences between individuals within any given breed.  Second, a dog’s territorial aggressive reaction is usually more pronounced the more central the dog is to the actual area in which it lives.   Given this, a group of dogs may react differently to a stranger the encounter by chance on the street as opposed to a stranger who enters into living space of the dogs.

Below, I provide comment on a Olympia WA dog bite fatality that occurred on March 8, 2016.  The incident may represent an example of the extreme danger that exists when an unfamiliar person enters directly into the living space of a group of unsupervised, pit bull dogs.

In this instance, the 6th fatal dog attack in the United States for 2016, a 92-year-old lady was brutally mauled to death.

The incident happened when the victim, Gladys Alexander, walked across the street to deliver a newspaper to a neighbor.  She entered the house, but unbeknownst to her, the homeowner had left to run an errand.  The homeowner returned and found the pit bulls which lived in the house attacking Alexander.  Somehow, according to news reports, the homeowner managed to stop the attack.  However, Alexander died shortly thereafter.  Most of her flesh from her arms and legs were torn away by the dogs.

One of the pit bulls was owned by the homeowner and the remaining three were owned by her daughter.  The daughter was not living at home but rather was in prison.  Local authorities have indicated that no criminal charges will be brought against the mother because technically Alexander was a trespasser; hence, no crime was committed.

I find several aspects of this case particularly interesting from my perspective in animal behavior:

First, when police arrived the dogs, as individuals, were docile. The change in behavior from aggression to docility has been documented in other instances of fatal dog attacks.  For example, animal behaviorist, Dr. Victoria Voith, investigated a well-publicized incident in Philadelphia in the late 1980s.  A group of about eight dogs, none of which were pit bulls, mauled to death a disabled, senior citizen. In this instance, the victim lived with the dogs. She kept the dogs isolated from her in another part of the house, however. On the day of the incident, the dogs managed to gain access to the part of the house where the victim lived.  Her mutilated body was subsequently found by her son.

Dr. Voith later tested the dogs, as individuals and when in a group, with a variety of behavioral instruments.  She discovered that when tested as individuals the dogs were docile. However, when tested together as a group, they became very aggressive. Similar observations have been noted by other animal behaviorists investigating fatal dog attacks.

Second, as noted, three of the pit bulls involved in the Olympia, Washington incident belonged to the incarcerated daughter.  I find this of interest because previous research suggests strong associations between deviancy, as demonstrated by criminal activity, and the ownership of so-called “dangerous” breeds.

Third, we assume that Alexander walked into the house and soon after was attacked by the dogs.  And given her age, she was defenseless.  I also assume that Alexander was unfamiliar to the dogs. Very little information has published  about the temperament of the dogs, if they knew Alexander or their previous reactions to strangers entering into their territory.  Did Alexander know the dogs were present on the premises?  After all, she lived nearby. And we will never know how Alexander reacted to the dogs when she first encountered them. It is difficult to understand why Alexander chose to enter the house given that these four dogs were probably barking thereby given her ample warning of potential danger.