I came across your site in trying to find if there’s a scientific basis for the claim that pit pulls are the most likely dog to bite people. 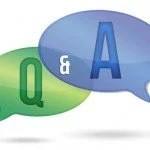 If I understand the CO survey you cited it doesn’t adjust the bite frequency for each breed by the percentage of dogs of that breed in the survey area,

If I understood your comments correctly you felt that with that info pit bulls would still account for 8% of all bites. Doesn’t the fact that Denver outlawed pit bulls years ago yet was included in the survey mean that pit bulls are probably responsible for much more than 8% of all bites if adjusted by their percentage of the total survey area population?

A.   I believe your  reasoning is correct. Pit bull type dogs, which include the purebred American Staffordshire Terriers,  pit bull terriers,  bull Terriers, and mixes of all these recognized breeds, probably account for over 10% of the total dog population in the United States. Throughout the United States, most dog shelters contain approximately 50% of  pit bull type dogs, and the  next most  represented breed, at least in California, is the Chihuahua.