Dog bite victims can often summon help quickly when a dog starts attacking them.  In 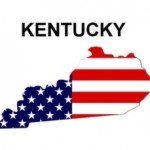 some cases, however, even if people are close by to assist, they may remain unaware of the attack taking place, because of  the victim’s disability.  Such may have been the case for a death-mute woman in Cloverport, Kentucky in August, 2012.

In this instance, a pit bull dog savagely attacked and then partially ate a 59-year-old lady. The victim was walking to a friend’s house,  and it is likely that she did not hear the dog coming, nor could she yell for help after the attack start. The attack happened after the dog broke free from a tether tied to a post.

People who arrived at the scene said this pit bull dog was not only biting the lady but was also tearing flesh from her and swallowing it.   A baseball bat and machete were used to stop the dog. Consumption of human flesh following a dog attack happens in some dogs because of predatory tendencies. This is more likely to happen in groups of unsupervised dogs running free in rural areas.