My dog seriously bit a young lady (18 years old) several months ago. The dog was a 100 lb, 5 year old Rottweiler that had and never bit anyone seriously in the past (she had nipped people 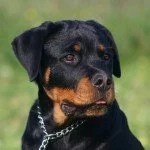 occasionally, but done nothing more than break the skin). My mother warned the young lady not to put her face near the dog’s face if she heard the dog growling. While standing on our front porch, the young lady stepped on the dog’s paw. The dog growled loudly. The young lady bent down to kiss the dog and say she was sorry. As she was kneeling down over the dog, it turned upward and snapped at her, ripping off much of her upper lip. We had the dog put down immediately.

Provocation is a viable defense in many cases provided certain conditions are met. Generally, the defense must establish that the dog in question was of good temperament with no previous history of aggressive responding relevant to the context in which the incident took place. Second, the behavior of the victim immediately preceding the attack needs to be scrutinized. In other words, what exactly did the victim do to the dog immediately before the attack took place. Next, one has to look at the dog’s behavior. The argument for provocation become stronger if the dog was in a non-aggressive state, and non aroused, immediately prior to the attack. In your particular case, I would need to assess your Rottweiler’s temperament to determine if your dog was provoked by the actions you described undertaken by this 18 year-old girl. The usefulness and believability of a defense of provocation varies from case to case. Note also that provocation is a legal term and not one that is commonly used in the scientific literature in animal behavior. Read more about dog bite provocation.