Epidemiological research on dog bites has repeatedly shown that certain groups of people are at elevated risk for dog bite attack. These include children under 10 years of age, boys instead of girls, people 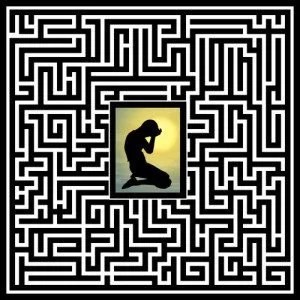 living in the same household with a dog, and people with low socioeconomic status. More recently another risk factor has been identified:  Psychiatric illness. The relationship between psychiatric illness and dog bite injury has not previously been noted.

Investigators in China scrutinized insurance and hospital records of 5,000 dog bite victims in China and compared this population with applicable controls.  The information reviewed included a person’s mental status. Data were collected between the years 2000-2007. (Mental disorder as a risk factor for dog bites and post-bite cellulitis. Chun-Chieh Yeh, et. al. Injury, 2012, 43, 1903-1907)

The results from this Chinese study confirm what was already known about dog bite epidemiology in Western countries. Namely, young children and people with a low social economic status are at elevated risk for dog bite injury. However, for the first time, results also showed that dog bite victims had an unusually high incidence of psychiatric illness. The authors concluded that individuals with psychiatric disorders are at an elevated risk for dog bite injury.

Note that the investigation took place in China, and the diagnostic criteria used in this study for psychiatric illness may not be comparable to that found in the Western countries. Nevertheless, intuitively the finding makes sense. Psychiatric patients may be compromised in their ability to comprehend canine language. In addition, people with psychiatric illness  during their interactions with the dog may transmit inappropriate and confusing signals to a dog.   For example, some dogs become aggressive when a person acts strangely or in a deviant manner in the dog’s proximity.  Moreover, other authors have noted that when a dog’s social signals are not fully understood by a person (as in the case with young children), then the person is at increased risk to be bitten by the dog.

In sum, the relationship between psychiatric illness and dog bite injury warrants further investigation. Whether these results generalize to populations of psychiatric patients in other countries is not known.