Approximately 30-40 fatal dog attacks on people are recorded each year in the United States. Most animal behavior experts believe that the majority of these instances are 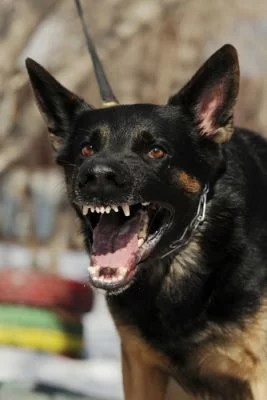 highly preventable. This belief was again reiterated that in a recent paper that now stands as the most definitive research about recent fatal dog attack statistics in the United States (Co-occurrence of potentially preventable factors in 256 dog bite -related fatalities in the United States (2000-2009); Gary Patronek, et al. Journal American Veterinary Medical Association 2013, 243, 1726-1736.)

Patronek and colleagues conducted a remarkably thorough investigation of dog bite related fatalities in the United States that occurred between 2000-2009. Analysis gleaned factors associated with the victim and dog in each of the 256 instances studied. These included: age and gender the victim, relationship of the victim to the dog, whether the victim had a compromise ability to stop the attack, the presence of an able-bodied adult able to intervene at the time of the incident, duration of ownership, number of dogs involved with the incident in their gender, status of the dog in the household, location where the dog was kept, location of the incident, evidence of mismanagement by the owner, history of neglect or abuse of the dog, and whether the owner was present at the time of the incident.

The factors most common to any given instance were: (a) the victim having no familiar relationship to the dog; (b) no able-bodied person being present during the incident; (c) the victim was compromised; (d) the dog was not neutered; (e) evidence of mismanagement of the dog; (f) abuse of the dog by the owner; (g) the victim had no association with the dog involved in the incident.