Simpson County Mississippi is in the midst of heated debate regarding whether the county should ban the ownership orthe keeping a pit bulls. This debate was rekindled in April, 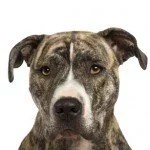 2014 after a second mauling by pit bull within a two-week period. In the most recent attack, a four-year-old girl was bitten repeatedly in the face by three pit bull Terriers. The father of the girl shot and killed two of the dogs with his gun, and the third dog was pulled off the girl. The incident happened shortly after the dogs escaped from an enclosed area on the property. It was discovered that her father kept 10 pit bull type dogs in this enclosed area. Animal control impounded the remaining eight dogs. The other recent incident happened in Holmes County on March 31, 2014. In this instance, a three-year-old boy was mauled to death.

The pit bull debate is a long-standing one. The debate is divided into those who believe the breed is inherently dangerous and those who believe attacks on people by pit bull type dogs are the result of negligent or irresponsible owners. Often it seems that there is no middle ground. Extreme positions areusually taken by each side, when in fact the truth lies somewhere in the middle. The correct perspective utilizes animal behavior science which tells us that aggressive responding in dogs is controlled by both nature and nurture. Simply put, the dog’s genotype interacts with the way in which the dog is maintained and controlled by the owner.

Unfortunately, backyard breeders frequently breed pit bulls for fighting or protection. Moreover, in the last 15 years, some have started breeding pit bulls with other large breeds known for protectiveness, such as many mastiffs. This cross has the potential of creating an extremely dangerous dog. Many pit bull type dogs with aggressive genotypes are abandoned on city streets, form packs, and then breed with other stray dogs of a different breed. In fact, pit bull type dogs easily represent the most common type of dog found in animal shelters. And many are eventually euthanized because they are not adoptable. As with many terriers, individuals are often strong-willed and very athletic, but in the hands of a responsible owner many have the potential of making a great family pet. Despite this, the breed continues to be maligned with receive frequent, unwarranted negative publicity such as that found on the website dogbite.org. Often it is forgotten that many great Americans were owners of pit bull dogs, such as Thomas Edison, President Theodore Roosevelt, President Woodrow Wilson, Helen Keller, John Steinbeck, and Gen. George Patton.

The truth of the matter is that few well bred pit bulls owned by responsible owners are involved in fatal dog attacks or serious maulings on people. Most of the human fatalities and maulings reported in the news involve male pit bull crosses, usually kept in a negligent manner by their owners. Breed-specific legislation which places an outright ban on all pit bulls fails to take into account that every dog is a unique individual. Breed-specific legislation has no rational basis. In fact, research findings have consistently shown that legislation that restricts or bans pit bull ownership has little effect on reducing dog bite frequency. This realization has recently led to the enactment of breed-specific neutral laws in several states such Maryland, South Dakota, and Utah.