Redirected aggression in dogs to humans occasionally happens. The occurrence of this kind of aggression may happen when a person attempts to stop a fight 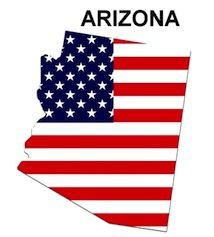 between two dogs, or in some way interferes with a dog who is in an aroused, motivated state. When a dog redirects its aggression to a human, it may do so intentionally because of interference from the person. For example, Westgarth and Watkins (2015) describe an incident in which a female dog walker was walking a dog of a friend and she was approached by another dog.  She tightened the lead and the dog she was walking turned and bit her on the leg.  On the other hand, a dog’s aggression may become unintentionally redirected to a person because by chance a part of their body (usually the extremities) comes between dogs who are fighting.

For example, an owner is walking their dog, and their dog is attacked by another dog that escaped from a nearby property. In a situation like this, the likely inclination of the owner would be to stop the fight in whatever manner possible, but with minimal risk to themselves. Various methods can be used to stop a dogfight, but obviously, dog bite injury may happen when the person attempts intervention by kicking or grabbing the dogs, instead of using some other method. However, when a person is near two dogs who are fighting, the possibility also exists that one of the dogs may turn and redirect its aggression to the person even if the person does not interfere.

This is probably the best explanation for recent dog bite fatality that happened to a two old boy in Gilbert, Arizona in September 2013. The fact pattern, according to news reports, was as follows: The incident happened at a babysitter’s home. This babysitter kept four pit bull mixes at her home. At the time of the incident, all four dogs were probably present. The babysitter was tending to five children. A fight broke out between at least two of the dogs, the babysitter attempted an intervention and was attacked and seriously bitten on her legs and feet by at least one dog. However, the child was also attacked by at least one of the dogs and died shortly thereafter at a nearby hospital.

Redirected aggression in dogs usually happens to a person who is proximate to dogs who are fighting, as in this instance. Clearly, the babysitter was bitten because she attempted to stop the fight, probably by kicking the dogs (she was bitten on her legs and feet).  However, it currently is not clear why the child was attacked. This two-year-old boy probably did not attempt intervention himself, but probably was standing very close to the babysitter when she intervened in the fight. Assuming this, then one of the aggressively aroused pit bulls likely intentionally redirected its aggression to the boy because of mistakingly perceiving him as a source of interference. Note, that the standing height of the two-year-old child probably approximated the standing height of the babysitter’s legs, thereby making his face and neck the likely target for a fatal dog bite. Given that he was not in the mix, redirection of the dog’s aggression by intent is the most plausible explanation for this dog bite fatality.

This is a very unusual fact pattern for a dog bite fatality. Usually, people are killed by dogs when they are alone, and for motivational reasons that are most closely akin to aggression resulting from territoriality or predatory tendencies.

Westgarth, C, and F. Watkins.  A qualitative investigation of the perceptions of female dog bite victims and implications for prevention of dog bites. Journal Veterinary Behavior, 2015, 10, 479-488