Owners usually take responsibility for the damages to her dog causes to a person.  However, apparently this was not the case in a dog 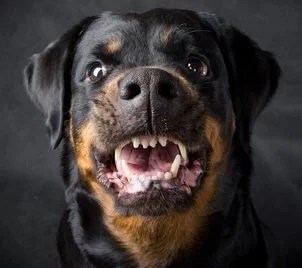 bite  incident in which a women was mauled by a Rottweiler when
visiting the home of her friends.

The incident happened when the Rottweiler ran from one part of the house into the living room where the victim was located.  The dog viciously attacked her thigh.  It took several minutes for the owners to get the Rottweiler to release.  The victim sustained serious injuries to her leg, which required multiple surgeries.

Dog bite attacks by Rottweilers on relatively unfamiliar people  are not unusual, particularly in circumstances similar to those found in this incident.  Obviously,  this was a territorial response by this Rottweiler, and it is likely that the owners knew of the dog’s propensities to act in this fashion.  This kind of aggression in the context in which it happened is consistent with the proclivities of many Rottweiler dogs; namely, a territorial protective response which commonly occurs in reproductively intact males who have not been properly trained, socialized, and who are derived from poor breeding lines.

A lawsuit was filed against the owners, but the owners disappeared.  Speculation was that they left town to avoid payment for the damages the victim sustained. According to a newspaper report, the defendants were not covered by homeowners insurance.